I had no issues with former Black Stars coach C.K Akonnor - Kasim Adams 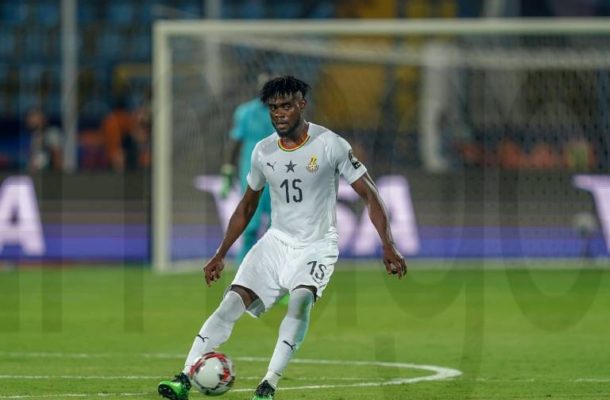 TSG Hoffenheim and Black Stars defender Kasim Nuhu Adams has brushed aside reports that he had issues with former Black Stars coach C.K Akonnor that is why he was overlooked.

The former Medeama defender was handed just one call up to the Black Stars under C.K Akonnor and even with that he ended up on the substitute's bench that was in two friendly matches last year October against Qatar and Mali in Turkey.

Since then he was overlooked by the former Kotoko, Hearts and AshantiGold SC gaffer after that game.

Speaking in an interview with Medeama FM, the center back revealed that he had no issues with former Black Stars coach C.K Akonnor.

The Black Stars bonus has become a raging issue in the country with many of the view that the money taken by the players is on the high side but the defender thinks otherwise.

"I will give out my best if the opportunity comes to play under coach Milovan Rajevac " he added.