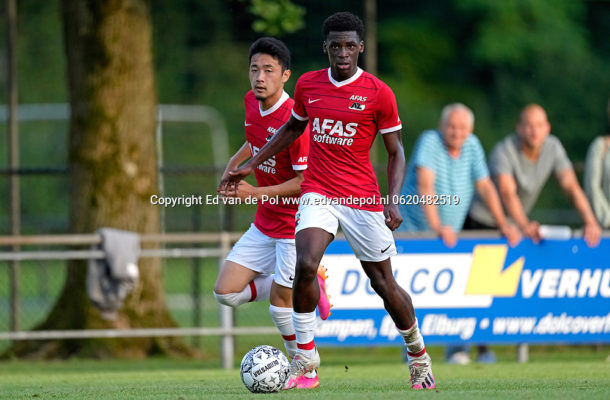 Dutch-born Ghanaian striker Ernest Poku says he had the chance to choose between his current side AZ Alkmaar and Dutch giants Ajax when they came calling.

Ernest Poku is the latest sensation to emerge from the AZ Alkmaar conveyor belts of talents and says that he never thought of playing football professionally and he was just having fun with his friends.

It didn't take long for Ernest to get on the radar of the Dutch professional clubs. With his speed, passing movement and coolness he managed to convince the scouts of both Ajax and AZ.

"I only played at FC Amsterdam for a year. Here too I just did my thing. I didn't do much different from my time at SV Robinhood. Of course the level was slightly higher, but I didn't notice that much. When I heard that Ajax and AZ were interested, I thought: 'finally', haha."

The 18-year-old striker played 22 games for Jong AZ this season, four games in the Eredivisie and came in twice during European matches.

Those performances earned him a place in the selection of the Netherlands U19. In the run-up to the international qualifying matches, we spoke to him about his lightning-fast development at AZ. "I could choose between AZ and Ajax."