I had to lead by example under Felix Magath - KP Boateng 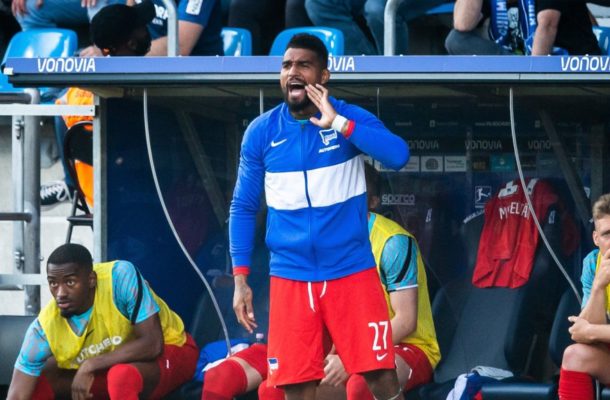 Ghana and Hertha Berlin midfielder, Kevin-Prince Boateng says that he had to keep himself in check and lead by example at his club side under veteran trainer Felix Magath.

He recounts how he did not want to do a particular drill at training but had to change his mind as he had to lead by example.

Standing up for Magath cost him an effort, as Boateng explained with an example: "I remember a training session where I actually said: I don't do that shit. We should leapfrog and climb up two iron bars and then the Touch the ceiling. Like I used to at school. I thought for a moment: Okay, I trained with Ronaldinho, played with Lionel Messi, at the Camp Nou in front of 70,000 spectators. I've had two World Cups. And now I'm supposed to climb here? Me I had to overcome my weaknesses, but then I did it. Because I knew that when I climbed, the whole team climbed. And that's how I strengthen Magath."

Boateng mastered said exercise "after two seconds". His teammates then applauded. "The assistant coach was speechless, I was so quick. I then jokingly said: Men, I'm used to it, we used to go up to the second floor to break in. After such training sessions, I sat in the car and had cursed. But I did it. I led the way and the team followed me," he explained.