I have a child, but there’s a woman in your life - Shemima lashes back at Ali 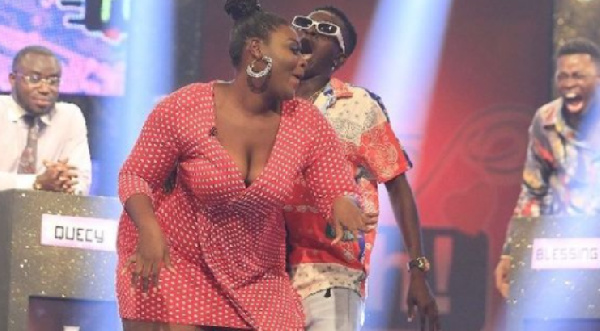 Shemima of Date Rush confessed in an interview with Zion Felix that she has a 6-year old son. This revelation has left Ali in shock as he struggled to grasp the news. But Ali also had some surprises of his own.

Ali and Shemima connected on the Date Rush stage to begin a journey full of love and memories. But some exposes about their private lives seem to threaten their budding relationship. According to Shemima, she had a baby boy six years ago, which halted her educational journey.

Ali’s jaw dropped, and with confusion all over his face, demanded why she did not tell him before. In response, Shemima pointed out that she never mentioned it in her introductory videos on the date rush show. But Ali insisted that was not enough reason to keep him in the dark.

He said, “At least after picking me on stage, through our vibe, you should have told me, but you never said anything. How would I know?” Shemima asked if being a single mother is a threat to their relationship. Ali replied in the negative but insisted that he should have been in the know.

Shemima replied, “I was thinking things would be okay between us. From there, things would open up. But a woman picked up my call to you and you left me alone in the room when I came to visit you. I have noticed that you are running away from me. And you want to stay away from me.”