I hope to play in the EPL someday - Cameron Antwi 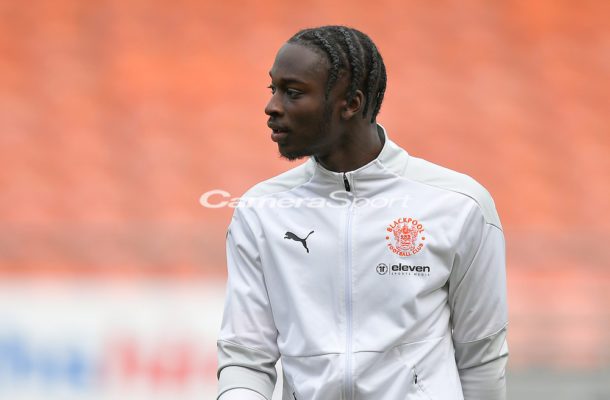 Cameron Antwi says that he hopes to play in the English Premier League someday  despite being released by lower tier side Blackpool at the end of the season.

A lot was expected of the London-born midfielder but he failed to live up to the hype but believes all  is  not lost as he is  just 20 years old.

Speaking in an interview with Lancs Live about his future ambitions, the Ghanaian born in England says he hopes to play in the elite English division some day.

“I’d love to say I’ll be a Premier League footballer but most importantly I want to be somewhere enjoying my football.”

The decision brings an end to his three-year stay at Bloomfield Road. He arrived from Fulham’s academy in the summer of 2019 and departs having made two appearances for the club’s first-team.

One of them in the Carabao Cup against Middlesbrough last season before Neil Critchley decided to release the midfielder who also spent time on loan at Southport and AFC Telford.