"I learned a lot at Blackpool" - Released Cameron Antwi 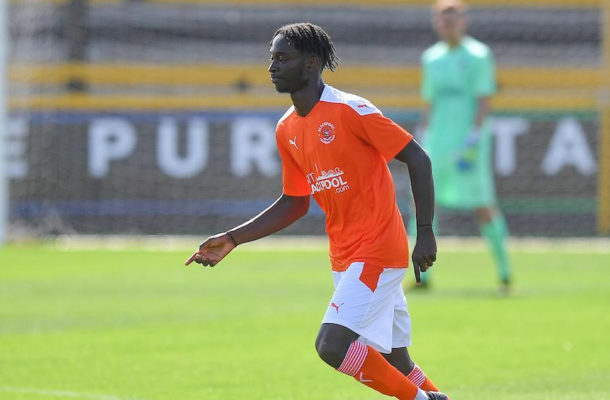 English-born Ghanaian midfielder Cameron Antwi says that he learnt a lot during his time at  lower tier English side  Blackpool.

He made just two appearances for the first team one of them in the Carabao Cup against Middlesbrough last season before Neil Critchley decided to release the midfielder who also spent time on loan at Southport and AFC Telford.

The  English-born Ghanaian midfielder speaking in an interview with LancsLive says that  despite being released by the English side he learnt a lot.

“Especially going into the first team from a young age at 18, being around those types of players just learning everyday. I was taking a lot of their things and putting it into my game so I definitely learned a lot during my time at Blackpool.”