I owe all I achieved to B.A Fuseini - Abedi Ayew Pele 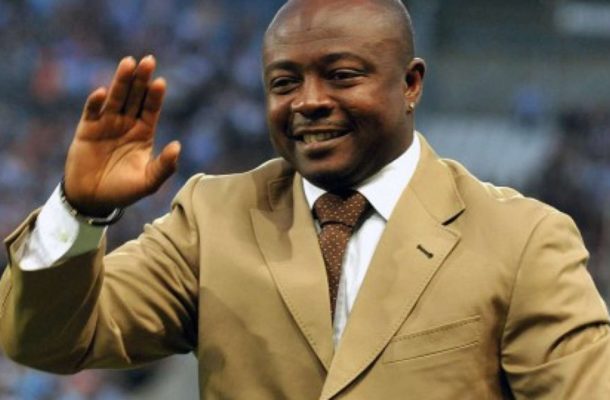 Legendary Abedi Ayew Pele has paid glowing tributes to some persons who helped nurture his career and his life during his formative years.

The former Ghana captain singled out his former headmaster at Tamale Secondary School, Mr B.A Fuseini who he refers to as his father and owes all he achieved in football to that man.

Abedi Ayew won the African best player award three times in a row and is regarded as the best ever player Ghana and Africa has seen in recent memory.

"B.A Fuseini was just an amazing person he was my headmaster at Tamale Secondary School. He gave me a cubicle a form one student whiles I was not a prefect." he told GTV Sports Plus.

"He came to Dome to tell my father that he will cater for me so I should come to the north. That man was special."

"This particular man If I look at all what I have achieved he deserves all the credit for it. He thought me a lot in life and not only in football.

He played for several European clubs and found his fame in the French Ligue 1 with Lille and Marseille, the latter where he won the UEFA Champions League in 1993, among other titles.

Abedi Ayew Pele was capped 77 times for Ghana scoring 33 times and won the AFCON title in 1982.