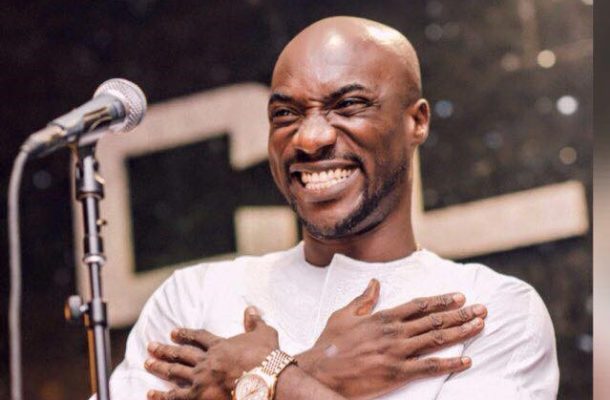 Multiple award winning Contemporary Highlife musician, Kwabena Kwabena, has revealed that it takes a good sexual intercourse to get him unwind and release stress.

According to the Royal lady crooner, he loves to have sex and has it often. "I release stress with sex and I have it often," he told Showbiz when he was asked to state things people do not know about him.

Although he didn’t say what his favourite position is, he said, good sex is all he wants.

Perceived as a ladies' man, this new revelation is sure to get more tongues wagging about his love life.

He disclosed how scared he is now to be in a new relationship after his first and second marriages crashed.


According to him, his two marriages were unsuccessful because the ladies, his now divorced wives, expected him to be without faults.

“It is unfortunate when people come to you out of the fact that you are Kwabena Kwabena,” he stated.


When Bola Ray quizzed if that meant the ladies did not marry him because they loved him, Kwabena Kwabena responded: “I can confidently say that both marriages were like that…due to the circumstances by which I met them. Both women are not women I went out there looking for.”

The multiple award-winning musician also debunked assertions that the marriage of his manager Frema Adunyame collapsed because they were having an affair.

“Who on earth will leave marriage because of another human being?” he asked, adding “people just want to destroy people and defame people especially when marriages break and somebody is talking.”

He further noted that reports that they have been dating since the collapse of their respective marriages is untrue.

On the inking of Ms Adunyame’s nickname on his arm, Kwabena Kwabena said: “The reason is simple. It is to appreciate something that she has done for me.”