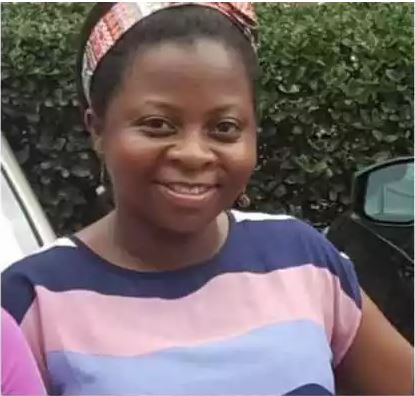 A man has recounted how he watched floodwaters wash his wife away at Teshie Rasta in Accra.

Narrating his ordeal on Adom FM’s Dwaso Nsem Tuesday, Mr Oppong said his wife was driving home from church around 10 pm together with two other passengers when the incident occurred.

He said the heavy floods swept away the vehicle after the missing doctor attempted to cross a bridge on a small river called Naa Pra.

The distraught husband said rescuers were unable to save the 32-year-old doctor but managed to save the two passengers who had been offered a lift by the deceased.

Mr Oppong said his wife's car has been found in the river as rescuers hope to find her alive.

“I know my wife is waiting for me somewhere. I believe she is alive and probably in a hospital”, he bemoaned.

He revealed they have a 15-month-old baby together and were hoping to enrol her in school to enable his wife go back to work.

He said they are still making a frantic effort to ‘rescue’ his beloved wife and appealed to the general public who may have any information on the missing doctor to contact the police.

Meanwhile, police in Teshie together with the Ghana National Fire Service are still searching for the missing doctor.

Teshie Police Commander, Superintendent Peter Yembilla said they will not stop the rescue mission until they find Dr Hayfron.