I signed a two year contract with Hearts - Kosta Papic 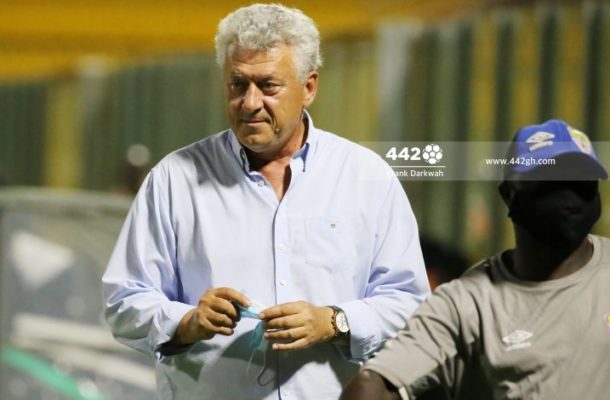 Coach of Accra Hearts of Oak, Kosta Papic has rubbished reports in the local media that he has no valid contract with the club.

There has been reports in the press that he is yet to sign a contract with Accra Hearts of Oak although he has been a the helm of the coaching job for a while now.

Since replacing Edward Nii Odoom as the head coach, he has remarkably transformed the fortunes of the club with his side playing some beautiful football with lots of goals.

"I signed a 2-year contract with Hearts of Oak and what is in the contract is between me and the club Ghanaian clubs don't have money and we are not talking about money,"he told Pure FM.

When asked if its because of money that's why he is dragging his feet on the Hearts contract he responded if it was money he wanted he would have been in China.

"I would have been in China if I needed a lot of money I'm Hearts Coach and will remain in Hearts," he said.