I spent over GHS1m on Anyaa Sowutuom race, gave each delegate GHS700 on D-Day - Dr Kissi 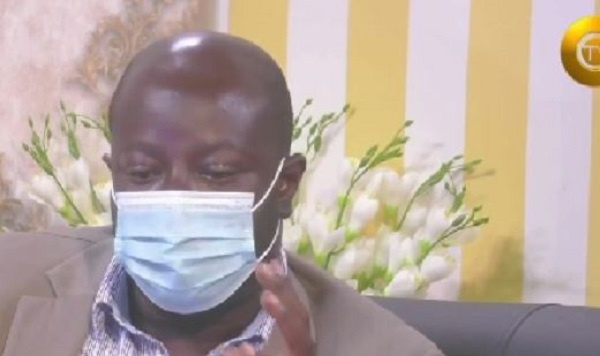 Dr Dickson Adomako Kissi, the victor in the Anyaa Sowutuom parliamentary race of the governing New Patriotic Party, has revealed that he spent more than GHS1 million in cash on his delegates.

There were a total of 835 votes cast.

Dr Kissi contested the incumbent Shirley Ayorkor Botchwey in 2015 and lost with 302 against 341 votes.

The Minister of Foreign Affairs and Regional Integration, however, decided against running for re-election in this year’s polls.

Dr Kissi told Kwame Appiah Kubi on CTV’s morning show Dwabre Mu on Monday, 22 June 2020 that the first contest against the incumbent “gave me some experience”.

“I started campaigning in 2015 after I lost to Shirley Ayorkor Botchwey, so, that helped me because as of that time, my current contenders had not entered the fray”, he told Appiah Kubi, adding: “I’ve been consistent all through. It is the consistency that helped me”.

He said: “Almost every day, I was meeting one delegate to talk about the future and helping in any way I could, to date, and, so, the politics of what happened on Saturday, 20 June 2020, is the result of what started several years back”.

“So, it’s not about coming into the competition in a few months to election day and doling out freebies. No. What stood out strongest in my campaign was my relationship with the delegates and they said it was not always about the ‘toffees’ you shared or the cake you’ll give them on the day of the election but rather, how you relate to them”, he noted.

When asked about how much he spent on the delegates, Dr Kissi said apart from some GHS800,000 spent since 2015 till now, he had to dole out some GHS250,000 for the delegates in the nick of Saturday’s polls.

He also quantified his pro bono medical services to the delegates and constituents as being in excess of GHS200,000.

“In all honesty, what has brought me here cannot be quantified in terms of money because there are some kind gestures you accord people that cannot be quantified because at the time that that person needed that help, it meant everything to them. To even speak from the medical standpoint, the operations I’ve done for patients in terms of free medical services to date, alone, I think have cost my hospital well over GHS200,000. I’ve done several consultations without charging anything”.

“I can cite one example where a patient went to some other hospital and was given a bill of almost GHS2,000. The person came to me and he only spent GHS200 and, so, from just that one example, you can see how much I’ve been of help to people. I offer services to everybody not just delegates”, he said.

Pushed by the host to disclose his budget for the more than 800 delegates, Dr Kissi said: “This is on TV but master, I spent almost close to GHS800,000. That’s what I’ve spent so far on this parliamentary journey from 2015 till now”, adding: “Even this year, a few days before the elections, almost GHS250,000 was gone. I looked into my bank account and I didn’t know where the money went. There are no receipts for these expenditures”.

Explaining his reason for paying the delegates, Dr Kissi said: “What I’ve come to know – and Ghanaians should listen – is that when you want to do something very well, you need money to push it”.

“If you want to pursue a case in court for victory, you need good research and to do good research, you have to pay for it. There’s money involved in anything you want to do very well. I think it’s the first principle”.

“Even if the government is coming out with an initiative and does not do a campaign about it, the citizenry will not take it. So, let’s keep it in mind that good things are also costly. War is expensive, peace is also expensive”, he asserted.

“And, so, at any rate, it is a hidden agenda. If you want to go to a good school, you need money; if you want to eat good food, you need money. In Ghana, for instance, salad costs more than maize but salad is good for us, so, you need money for everything. So, if you don’t understand this, you’ll always be at the bottom toll. So, everything is an investment”, Dr Kissi argued.

Dr Kissi said even though he paid some money to the delegates, one his contenders, the MCE, outdid all of them.

“On day of the elections, I helped the delegates with transportation. I gave them something appreciable. Two of us were at the same level and the government entity, the MCE, went well over the two of us. I had Emmanuel Tobbin, related to the Tobbin family and then I had the MCE, who also, somehow, is close to the incumbent, so, he had access to [resources]”.

“Looking at breakfast, lunch, water and transportation, I spent close to GHS700 per person and some even got double in heat of things due to forgetfulness while others also came back for more after taking the first package and expressing dissatisfaction. So, some of the delegates walked away with double the amount. And, in some places, you had to give a little bit more. And, I also had to organise to pick up some people from home. That is also an additional cost. So, I had about 20 taxis on standby who were picking up some of the delegates. So, I had to pay the full daily sales of all the 20 taxis.

“Also, I had to provide security for 10 polling stations on my own and I must commend them, they helped me a lot to secure the polls”, he noted.

Dr Kissi, however, pointed out that his campaign was largely ideas-based but nonetheless, needed to also cater to certain financial needs of the delegates.

Dr Kissi, however, pointed out that: “I don’t think money is the deciding factor. As I’ve said, the MCE paid far more and still he lost. Money plays a role but it isn’t the final thing. Good relations played a bigger role. But if I hadn’t given them any money at all, too, they would’ve said: ‘Too much talk doesn’t pay the bills’, so, when you talk a little, then you also give a little’”.

He advised people who do not have money to never attempt doing politics at all. “If you don’t have money, don’t venture at all into politics”.