I started as a Guitarist – Krymi reveals 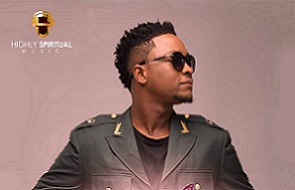 Highly Spiritual signee Krymi has disclosed he started as a Guitarist before venturing into mainstream music.

The ‘Dw3’ hit singer in an interview on Kasapa 102.5Fm’s Kasapa Entertainment with Eddy Ray said he was hired by churches to play the guitar during services.

“I wasn’t professionally doing music, I was in the industry as a guitarist but with that, it was just myself and my brother playing in churches and didn’t start music professionally then”, he revealed.

Krymi is fast-becoming one of the most desirable men in the Ghana music industry. Fans love Krymi for his unique soothing voice as well as other more obvious reasons like his good looks.

He hit the limelight after coming out of various musical reality shows like Stars of the Future and MTN Hitmaker.