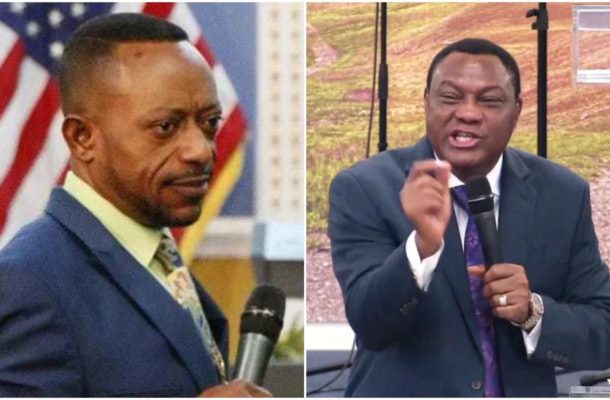 The head of the Glorious Word Power Ministry International, Rev. Isaac Owusu Bempah has rejected claims that his skin complexion is a result of bleaching.

Reverend Isaac Owusu Bempah has moved to reject claims that his complexion is as a result of constant bleaching. This claim was made or at least, he believes was made by another pastor.

Owusu Bempah, who is the leader of the Glorious Word Power Ministry International, alleged that Sam Korankye Ankrah of the Royal House Chapel resorts to all kinds of skin whitening injections and pills that have given him a lighter skin tone.

This was after Korankye Ankrah had warned his congregation of "false prophets", some of whom he said were bleaching.

Rev Isaac Owusu Bempah is a favourite of NPP sympathisers.
Source: Depositphotos
It would seem that Owusu Bempah took Korankye Ankrah's admonishing of his congregation as a slight on his (Bempah's) person. The disagreement is not far-fetched if one understands the politics.

Korankye Ankrah is the older brother of Elvis Afriyie Ankrah, a one time deputy general secretary of the National Democratic Congress (NDC). Bempah is an avowed member of the New Patriotic Party(NPP).

But Owusu Bempah reportedly said: “When I was playing Corners Babies, they used to call me Libya boy because of my colour. We played in the sun so my colour went dark.

Even bleaching is dangerous. That I know. We have toning and bleaching creams, but me I use my own cream. I don’t even know the name. It doesn’t bleach, it doesn’t tone”.