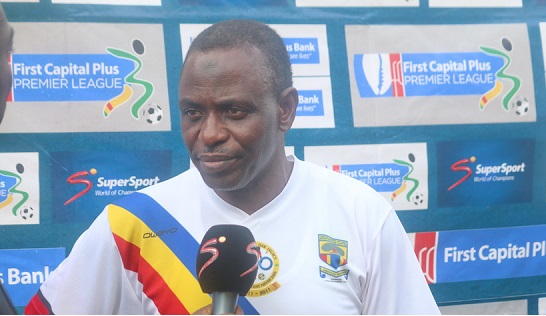 Legendary Mohammed Polo says that Ghana's performance against Mali last Friday in an International friendly game was abysmal but the team improved remarkably in last Monday's triumph over Qatar.

According to Polo, he thinks the new technical director Bernard Lippert had an influence on the team after that abysmal display against Mali hence the team's improvement.

Ghana lost in embarrassing fashion against Mali last Friday before bouncing back to beat Asian champions Qatar 5-1 on Monday.

Speaking in an interview with Kumasi based ASHH FM, Polo believes a lot of work is needed to be done on our defense.

"Our first match was very bad but the second match was much better in terms of performance."

"In the first match, the approach was different and they did not create chances but the second match they did create chances and they were more serious and they put pressure on the opponent and when they lost the ball they fought back for the ball"

I think there is a lot of work to do with our defense and I was expecting the two full-backs to always provide cover, that would have solved our problem" he added.