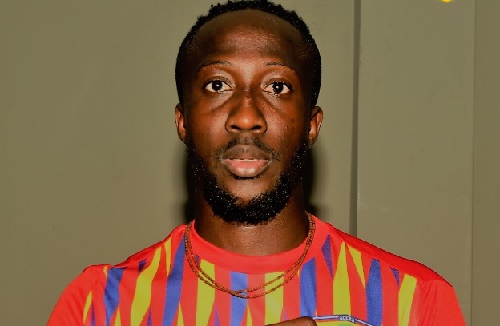 Former Hearts of Oak striker Ademola Kuti Danjumah says he is the reason why Hearts of Oak lost out on the transfer of Nigerien striker Victories Adebayor to Legon Cities.

According to the former Hearts of Oak striker he shares the same agent with the former Inter Allies striker and when he got wind that Hearts of Oak wanted him he quickly advised Adebayor to look beyond Hearts if he doesn't want to suffer.

He says board Chairman of Hearts, Togbe Afede was sending money to the player at the back of their agent to trying to get him to play for Hearts of Oak.

"Togbe Afede was sending money to Adebayor in Niger at the back of my agent, convincing him to sign for Hearts of Oak but my agent didn't allow him to sign because of what they(Hearts) are doing to me," Kuti told OTEC FM

"He (Adebayor) didn't come to Hearts because of me. I told him that I will be disappointed in him if he signs for Hearts. I convinced him not to come because he would suffer when he comes" He added

Danjumah Ademola Kuti signed for Hearts of Oak in the 2019/2020 season but his contract was terminated in acrimonious circumstances.