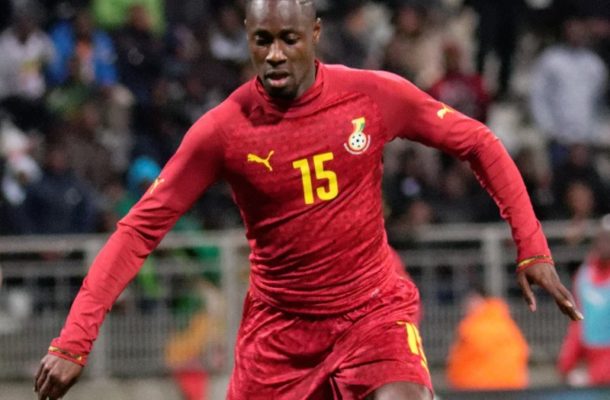 Ghana has struggled to replace the potent goal poacher since he retired from the Black Stars after the 2019 Nations Cup in Egypt.

It has been difficult finding a reliable striker like Asamoah Gyan with many who have tried all failing to come close to Ghana's all time top scorer who has notched 51 goals.

Since his departure the like of Jordan Ayew, Joel Fameyeh, Caleb Ekuban, Kwame Opoku and the likes have all auditioned for the striker's role but with little success.

But the Beitar Jerusalem who was recalled into the Black Stars from the cold by Milovan Rajevac says he wants to replace Asamoah Gyan.

"I know a lot of people have been saying that since Asamoah Gyan left we need a striker. I want to be one of the strikers to help Ghana score goals," Boakye Yiadom told Joy Sports.

"I wish everyone who loves Ghana will support and pray because the more we have good strikers the more Ghana will move forward."

Boakye-Yiadom  started in Ghana's 1-1 draw against Ethiopia for the first time since in four years since playing in 2017 for the Black Stars against Egypt in a 1-1 draw in a World Cup qualifier in 2017.