I will be different from Rawlings and Trump – ‘President’ Kennedy Agyapong 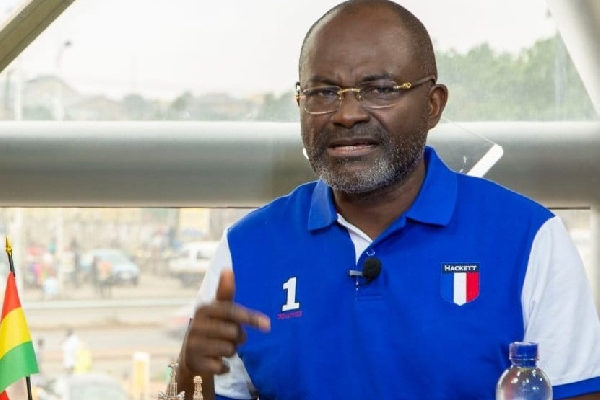 Member of Parliament for Assin Central, Kennedy Agyapong, has observed that he is often compared to two prominent politicians for different reasons.

According to the lawmaker, he will contest to become president and when he does become, he will be different from the two personalities.

“I will be different from Rawlings and Trump. I will be a better disciplinarian because I have been in politics for 22 years.

“Rawlings went in as a military man, Trump went in as a businessman. But I have tasted water and wine – to wit politics and business, so I will be a better politician than the two of them, who I am compared to often,” he said on Sunyani-based Sun City radio.

The interview that took place on June 24 was a prelude to a programme in the regional capital of the Bono Region, where he was the main speaker. The event was aimed at motivating the youth and sharing his experiences in life with them.

Kennedy Agyapong made the formal announcement of his NPP flagbearership candidature via a Facebook video posted on the wall of the Announcer Newspaper in May 2022.

Among others, he touted himself as the best man to help the NPP break the eight – reference to retaining power beyond the two-term cycle under the Fourth Republic.

But long before this announcement, Agyapong had announced that he will quit the lawmaking chamber when the current term expires in 2025.

The August 2020 announcement meant that Agyapong had planned on quitting Parliament after 24 years representing the constituency located in the Central Region.

His main reason for quitting he said was partly out of disappointment and also from the will to allow another person to try achieving as much as he did during his tenure.