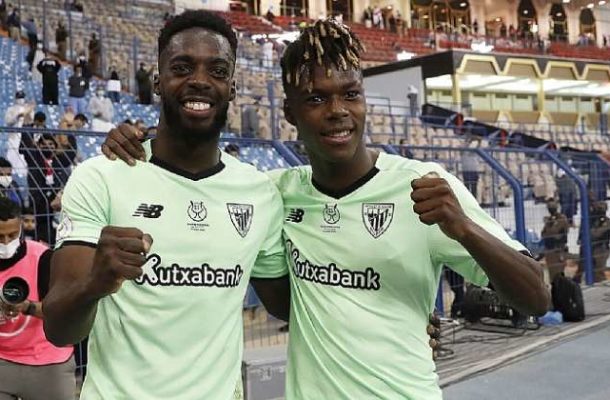 Nico Williams has sent his goodwill message to his senior brother Inaki Williams who has chosen to represent the country of his parents Ghana.

After turning down overtures from Ghana for several years and after earning one cap for Spain Inaki Williams in July this year agreed to play for Ghana.

“It was a natural decision, each one took their path and made their decision in a thoughtful way,” Nico said.

“I am very happy that my brother is in Ghana, I wish him things to go well, that he can have a great World Cup and achieve the highest goals.”