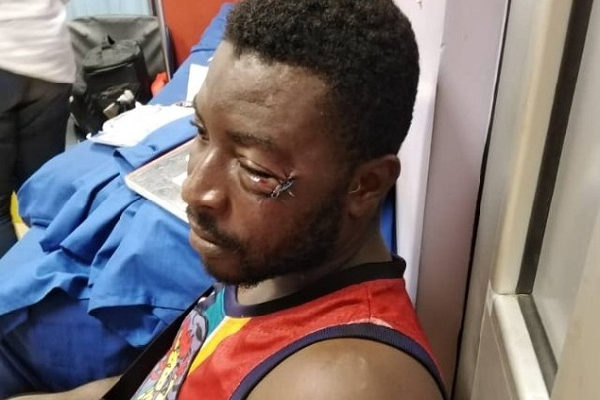 Michael siaw who was on Sunday punched three times in the face by WBO Africa Super Welterweight Champion, Patrick Allotey says that he would have run to save his dear life If he knew the man he was in confrontation with was a boxer.

After the Hearts vs Kotoko game, a video emerged where the boxer Patrick Allotey is seen in a hot confrontation with the victim after which he ended up landing some jabs on his face resulting in deep cut wounds to the victim's face.

Michael Siaw after being assaulted by the boxer quickly reported the case to the Odorkor Police station where the case is currently under investigation.

But according to the victim, the boxer's entourage and family members have come to his house to plead with him to withdraw the case at the Police station so they settle at amicably at home.