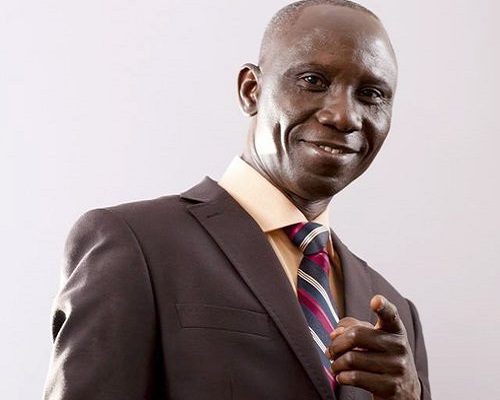 A Ghanaian playwright and CEO of Roverman Productions, Uncle Ebo Whyte has revealed that he wrote a book on sex to survive during the outbreak of the Corona Virus (COVID-19) pandemic.

According to him, his line of a business depends on bringing people together under one roof in an enclosed environment to entertain them, but that became impossible during the outbreak of COVID-19.

He explained that he (Ebo Whyte) kept his spirit up based on history, reading that in Shakespeare’s time there was a pandemic that caused theatres to be shut down for three years.

This he noted was what made Shakespeare publish his sonnets because they couldn’t produce.

When asked that in all the topics he chose to write on sex, he answered in the affirmative saying “the fact that I have a book on sex titled “Let’s Talk about Sex” with my name on it shows that God has a sense of humour.

“Because if anybody should write about sex that should not be me, a “Chrife’ boy like me, and yet at a certain time, I realized through my relationship counselling that even though sex does not make a good marriage, there can also not be a good marriage without a good sex,” he stated.

According to Mr. Ebo Whyte, he had to assume a sense of perspective to survive the pandemic because COVID-19 was strictly against his kind of business which couldn’t operate within the period.

He, therefore, advised that in life nothing should be taken for grant but rather we should be grateful for every opportunity we get because nothing is guaranteed to us.

The crisis, Mr. Ebo Whyte, said afford him the opportunity to organise webinars on relationships and others which has been his source of survival.

Mr. Ebo Whyte is the Artistic Director and Lead writer at Roverman Productions and has written and directed more than 45 plays for Stage since 2008.
Source: GBCghanaonline