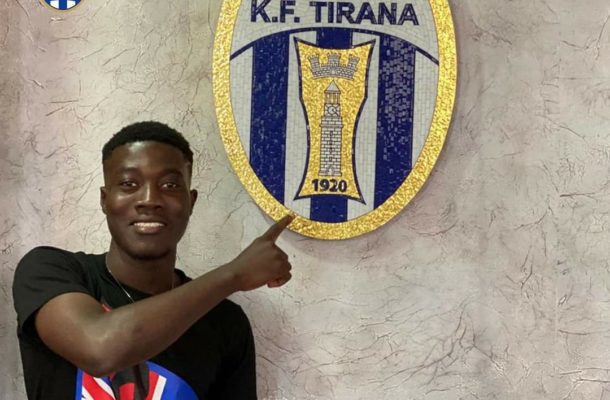 He joins from Ghana Premier League side Accra Great Olympics after passing his mandatory medical examination and agreeing personal terms.

KF Tirana have been making a raft of signings as they gear up to compete in the Europa League qualifiers.

“KF Tirana welcomes Ibrahim Sulley. Player Ibrahim Sulley has arrived today in Albania. Immediately after being accommodated, the attacking midfielder signed the contract in the presence of President Refik Halili, formalizing his union with the white and blue club.

“The player is part of the U20 national team representative in Ghana and comes as a good reinforcement for the team. Sulley will train today with the rest of the team”, an official statement from KF Tirana to confirm the signing of the winger has said.

Ibrahim Sulley was part of the Great Olympics team in the 2019/2020 Ghana Premier League season that was truncated making 9 appearances scoring two goals.