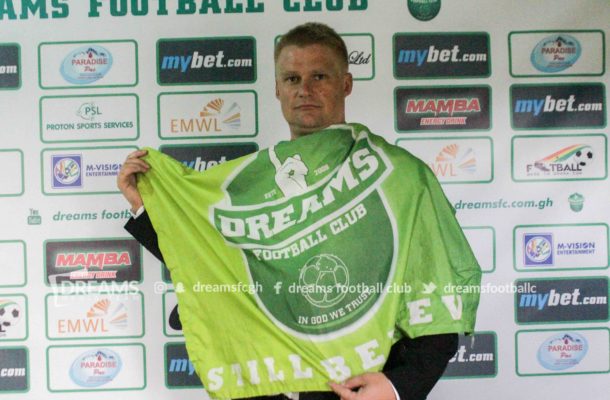 The 41-year-old is succeeding Abdul Karim Zito who reverts to his to his Technical Director role.

As a manager, he has also handed JJK and is credited as being the club’s best manager ever having handled them from 2013 before deciding to quit his job in March 27, 2018.

Speaking to Dreams Media at the short unveiling ceremony at the club’s secretariat, Mr. Pasoja said he is excited to work with the club and was looking forward to developing the players especially the young ones.

“I am very excited to start here and work with the players, especially the young ones as I like developing them to the next stage of their careers.”.

He further added that his ultimate goal is to be able to develop new talents and perform better in the league as well.

“My ultimate aim as manager of this club is to be able to develop the players whilst competing at the highest level in the league.”