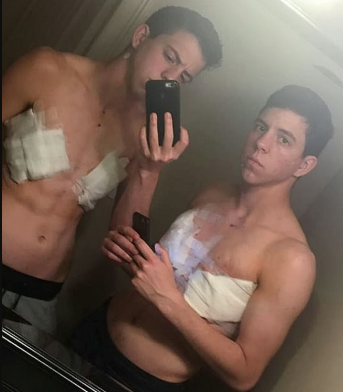 Two identical twin sisters, 23, have now become twin brothers after they both came out as transgender at the age of 18 and decided to transition.

Jack and Jace Grafe were formerly Jaclyn and Jennifer. They were born in June 1995 in a conservative Christian home. 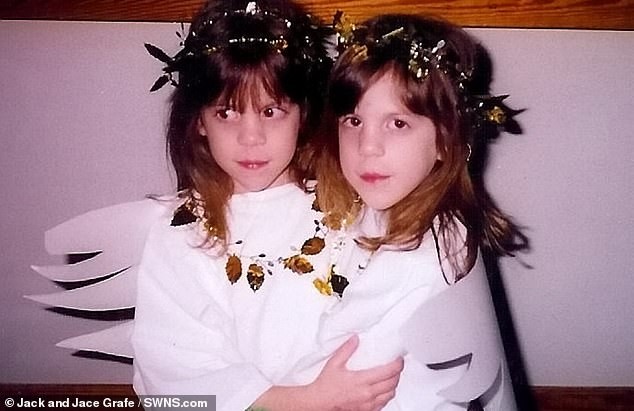 But despite being brought up in a happy household, the brothers admit they cried themselves to sleep as children and prayed to wake up as boys, not understanding what it meant to be transgender.

Jack and Jace, who were originally from Baltimore, Maryland, but now live in Monroe, Georgia, are now transitioning into men. They are both in happy relationships with women. 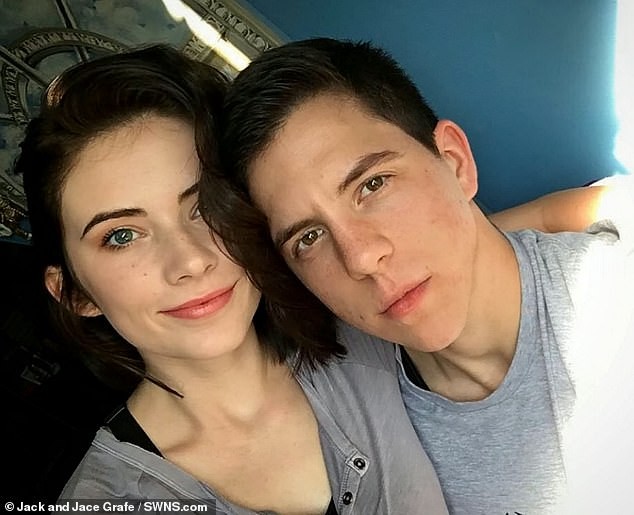 The twins, who share the same DNA, have both grown facial hair since they began taking testosterone in April 2017, and underwent chest surgery in August. 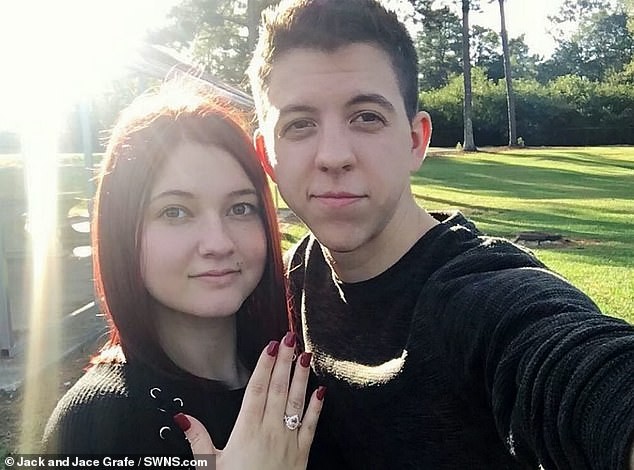 Now the criminal justice graduates, who both work in law enforcement, have shared their extraordinary story in a bid to inspire others who may be going through similar experiences.

As a kid I would cry and pray to God that I would wake up in a male body, not even understanding that being transgender was a thing.

Now, I am the happiest with myself that I have been in my entire life. That uncomfortable feeling we had before has completely gone.
He continued:

When we came out, it was to our whole family - mum, dad and our older sister.

Our parents had never seen anything like it. They have never experienced gay or transgender people and my dad is a pastor. We live in Georgia. 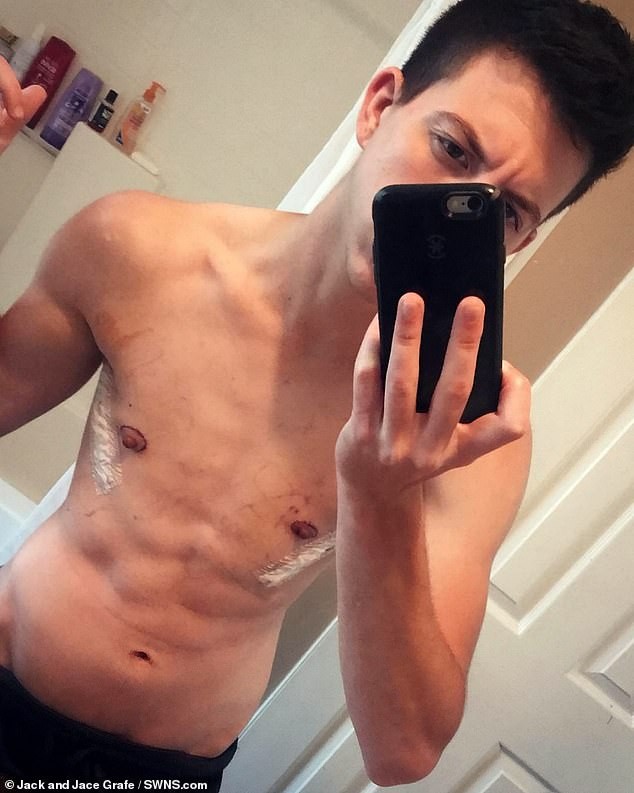 At work I have had my fair share of people calling me a 'sh*t' - she, he, it. Usually they just don't understand.

People still refer to us as female. Whenever I hear 'she' or 'her' it is like a kick in the stomach.

It hurts but I get it. At a young age, I was skeptical of it myself. For some people, it is a hard pill to swallow.

There are times when I wish I was just born - and I don't mean this in a negative way -but 'normal', and that I was biologically male.

People say, 'You will never be able to change your chromosomes, you can only change the outside.'

There are still times when I come home and break down.
Jace, who is also a deputy officer and just started in the police academy, added:

Honestly, the twin thing has helped.

If I was to go back to when I was 15 or 16 I would never think in a million years that I would have got to this point.

It was a fantasy and I always wished it was going to happy but I wasn't brave enough. I didn't have the guts.

Being a twin means I don't feel alone. Somebody else is experiencing the exact same things as I am going through and that made me stronger.
According to Dailymail, Growing up, the Grafe girls wore boyish clothes, assumed the role of dad or brother when playing house and, as teenagers, had crushes on female classmates.

But they also attended a strict religious school and say they ran the risk of being thrown out if they also revealed their feelings so didn't tell anyone - not even each other. 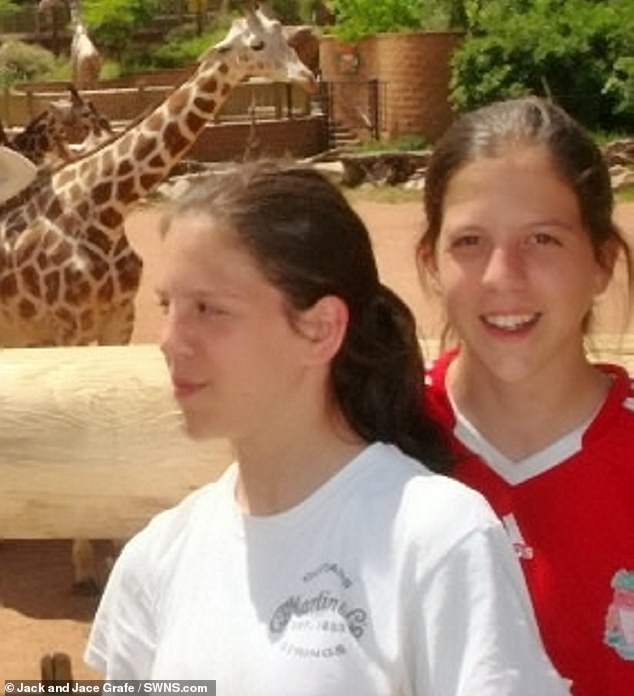 Then, at the age of 15, the twins began attending cosplay conventions where they dressed up as male characters, something they both say "felt natural". When they finished high school they hacked off their hair and they later came out to one another, firstly as gay aged 16 and two years later as transgender.

Five years on Jace, of Athens, Georgia, is dating Emory College student Jess Smith, 19, and Jack is engaged to bakery manager Maygon Arrington, 22, whom he lives with in nearby Monroe, Georgia. 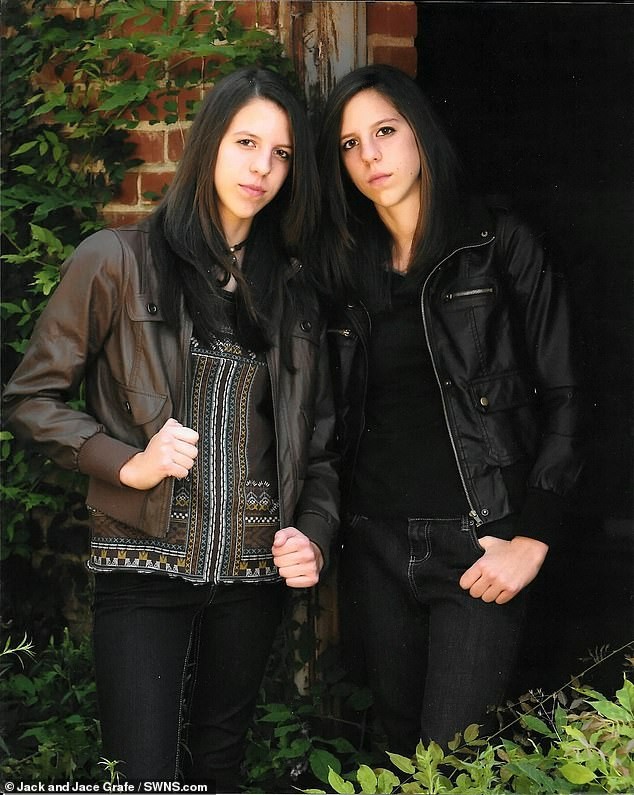 It was even hard to tell each other that we liked girls, but when I told Jace and asked if he would have a different opinion of me he was like, 'No, I feel the same way.'

When he said 'me too' I felt relieved and not alone any more. It was scary.. I was honestly terrified. 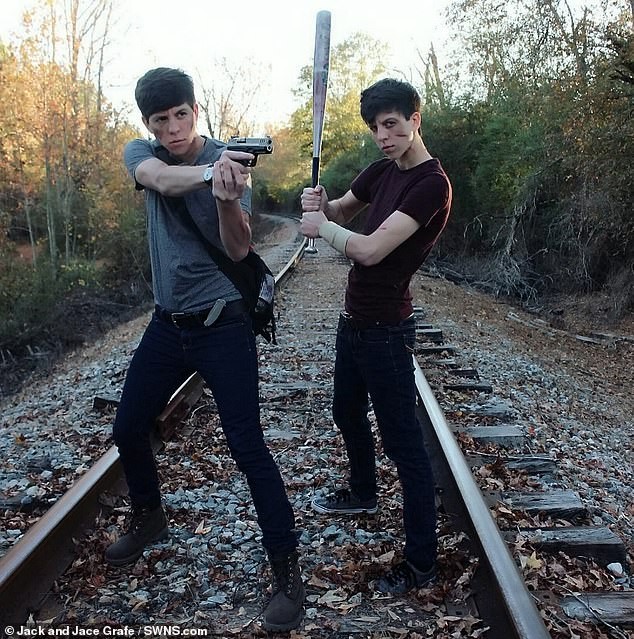 I felt the same way about the whole thing. We talked to each other about everything but this was the one subject we were awkward about.

We were raised in a really religious household and didn't want to tell each other how we were feeling because we were scared the other would judge us.

I was scared because I held my twin's opinion higher than anybody else so if he didn't accept me I would be devastated.

At one point I even tried to date a guy to see if the feelings would go away but they didn't.

I found out Jack was transgender through a Facebook post on his profile, which was specifically for our cosplay friends and had no family.

I was like, 'If you feel like this why didn't you tell me?' He said it was awkward, that it was much more than saying, 'Oh, I like girls.'

I said, 'Well, if you talked to me you would have known that that is how I feel as well.'

After that we decided to refer to ourselves as brothers and asked our cosplay friends to refer to us as male. 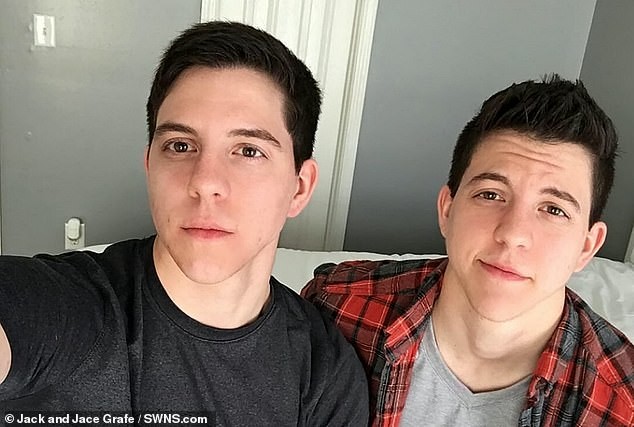