I'll be in the EFL next season - Cameron Antwi 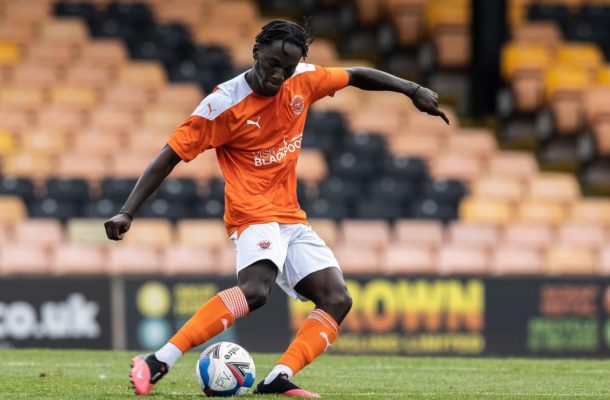 Released Blackpool midfielder Cameron Antwi is confident of securing a team in the English Football League despite being released by Blackpool.

He made just two appearances for the first team one of them in the Carabao Cup against Middlesbrough last season before Neil Critchley decided to release the midfielder who also spent time on loan at Southport and AFC Telford.

Speaking in an interview with Lancs Live, the 20 year old  says that  his representatives are speaking with  clubs  in the EFL and hopes to play for one next season.

“Right now it’s looking good, I’m not too worried, I’m not too nervous - I back the team behind me. We’re all working so I’m looking forward to next season and playing men’s football.

“From what my team’s been telling me it looks like I’ll be in the EFL but you never know what’s going to happen, that's football and nothing is set in stone until you’ve signed that contract so we'll just have to wait and see.”