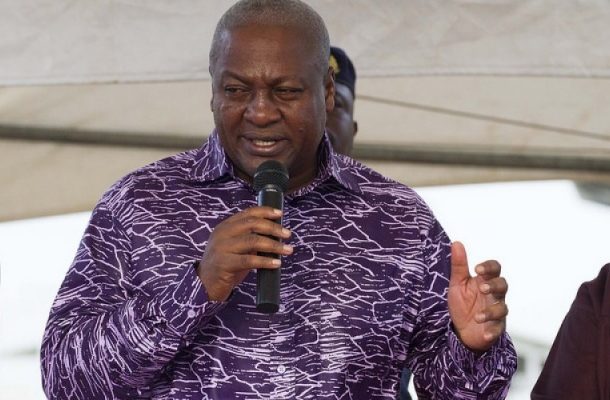 Former President John Dramani Mahama has stated that the Akufo-Addo led government can go ahead and call for his arrest should he campaign in any school in the country.

According to Mr. Mahama, the government should rather focus on finding lasting solutions to the numerous challenges confronting secondary education in the country rather than harassing headmasters of schools.Addressing Tempane delegates of the National Democratic Congress (NDC) in Garu in the Upper East Region, Mr Mahama said the suspension of the headmaster of Tempane Senior High School because NDC National Organiser hopeful Joshua Akamba interacted with students there and highlighted their problems in a viral video, does not change the appalling conditions in which the students find themselves.He said the problems of the school are real and the government must attend to them instead of intimidating people.Mr Mahama recalled that during his presidency, the leadership of the New Patriotic Party(NPP) made visitation to secondary schools a routine and nothing was done to them because the NDC is a tolerant party."The point is, if we want, all of us can go to those schools, and come and arrest all NDC members. I can go to a school, come and arrest me. Do something about the condition in the schools and stop intimidating headmasters and inviting political opponents for investigation", he added.Mr Mahama said Ghanaians now attest to the fact that there is unbearable hardship in the country.

He has, therefore, committed himself to work hard to reduce the high cost of living as well as provide jobs for the people when elected in 2020.