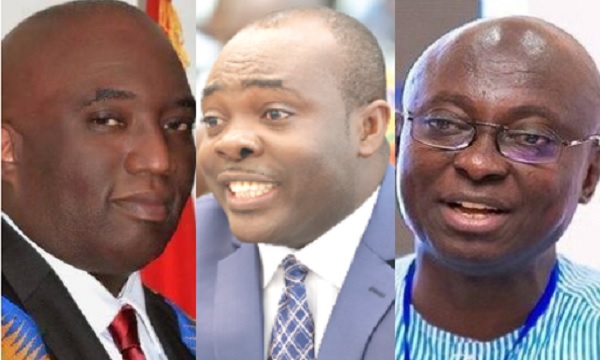 It appears all hope is not lost yet for the former appointees who could not make the list of Akufo-Addo's new ministers as the President has assured he will find them "possible roles" to play.

The President released a new list of Ministers on Thursday, January 21, 2021, who if approved by Parliament, will aid him in his second term.

Unlike the first term, the President has indicated that the number of ministers he will work with, in his new government will not exceed eighty-five (85), a decision that has resulted in many of the former appointees being pulled up.

But a statement issued by the Communications Directorate of the Jubilee House stated the President has promised the affected ministers he will find them another job in the larger government structure.

According to the statement signed by Acting Director of Communications at the Office of the Presidency, Eugene Arhin, Mr Akufo-Addo made the assurance when he had one-on-one meetings with both the outgoing and the incoming Ministers.

“On Wednesday, 20th January, and Thursday, 21st January, President Akufo-Addo held one-on-one meetings with the Ministers-Designate, as well as his first-term Ministers who will not transition into the new government, to break the news to them.” Portions of the statement read.

It added, “To the Ministers-Designate, President Akufo-Addo congratulated them on their nominations, and expressed his expectation that they will be promptly approved by Parliament, to allow them to start work forthwith. To the former Ministers, the President assured them possible roles to be played in the larger government structure, and wished them the best of luck in their future endeavours.”

Check below the list of Akufo-Addo's nominees for Ministers and Regional Ministers-Designate: 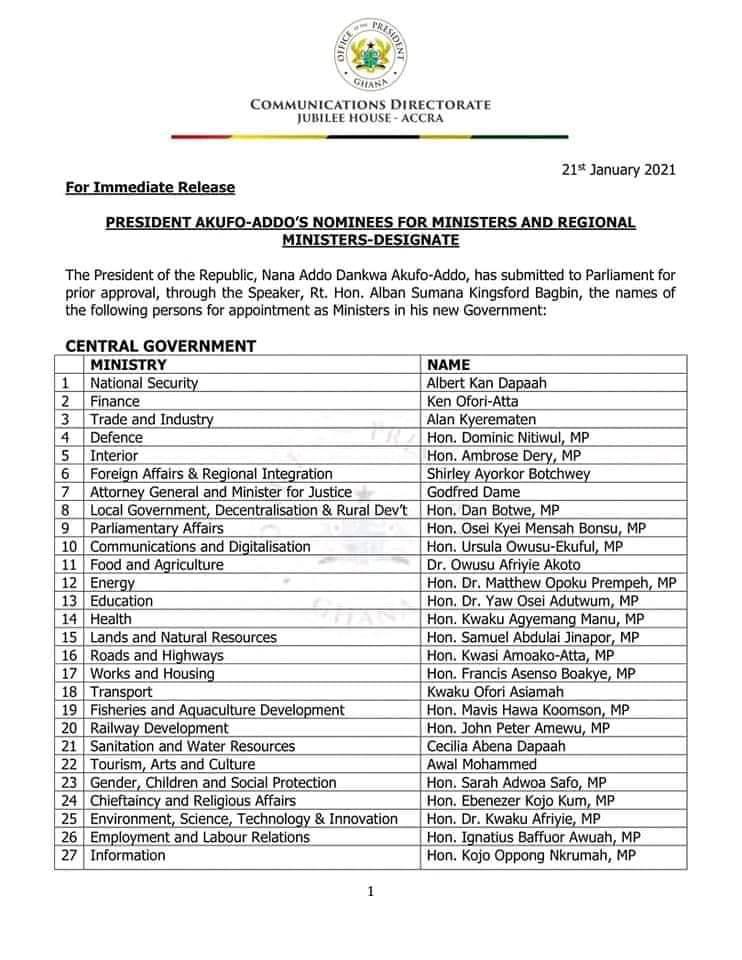 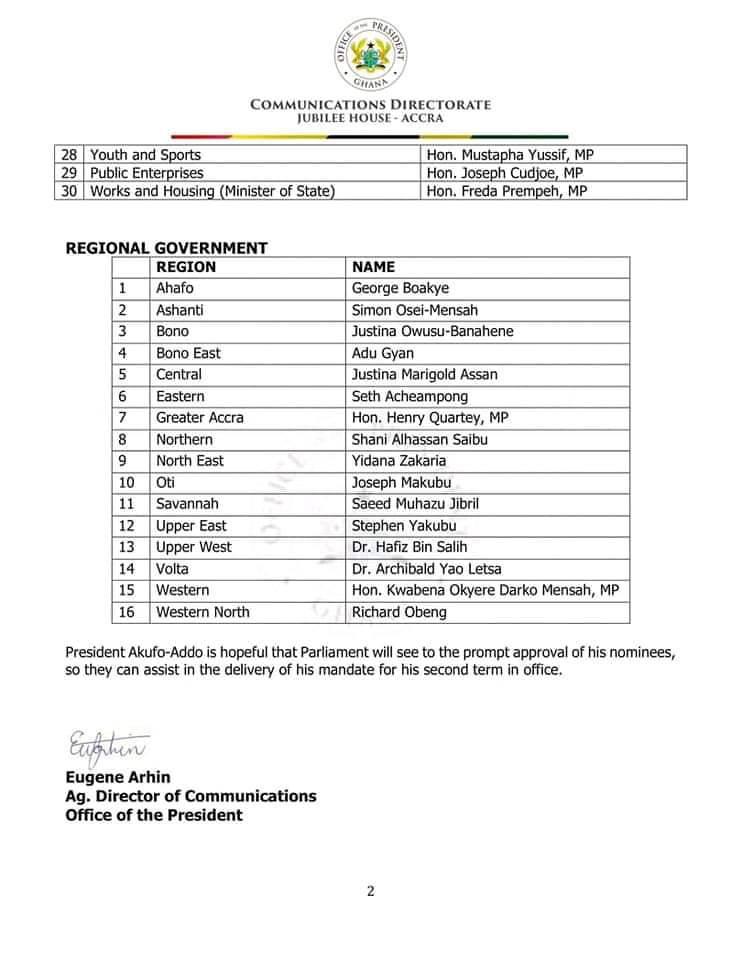