I'll like to retire at Kotoko someday - Razak Abalora 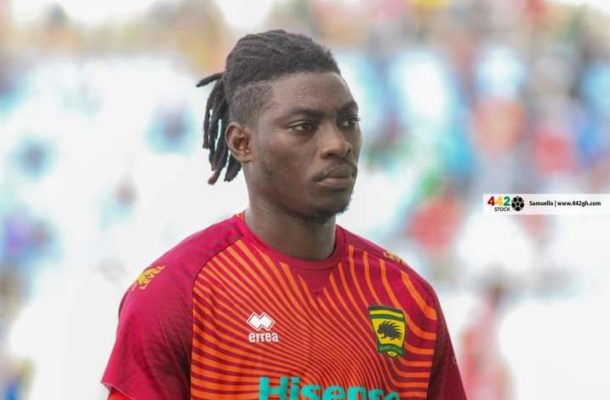 Former Asante Kotoko goalkeeper Razak Abalora says that he wants to return to the club some day and if possible retire there.

Abalora joined Kotoko as a free agent after leaving Azam FC some two seasons ago and was contracted to the club until 2023.

But he departed Kotoko for greener pastures in Moldova in the January transfer window where he helped the club to a domestic double of league and FA Cup.

“I will like to return one day and retire at Asante Kotoko. I am overwhelmed by the love shown me yesterday by the supporters of Kotoko on my Champions League debut and I will forever remain a part of the club.” he told Akoma FM

The Ghanaian goalkeeper Razak Abalora kept a clean sheet for his side Sherriff Tiraspol in his debut Uefa champions league preliminary round game against Zrinjski on Wednesday evening.

There was nothing to separate both sides after several efforts from the home side as the first half ended goalless.

It was a fierce game which the two sides create far and few chances with the away side Tiraspol more intent on guarding their goal rather than attacking whiles the host tried all tricks they had but could not breach the backline of Sherriff Tiraspol.

The game ended 0-0 as the second half also failed to produce any goals with the second leg set to come off om Tuesday 12th July 2022.