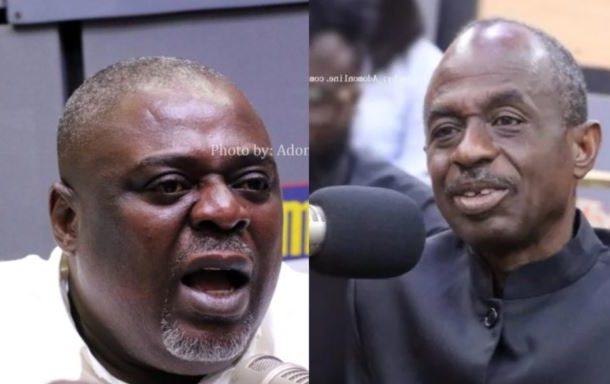 Samuel Koku Anyidoho said Mosquito’s only motivation to be chairman is to use the position for his “personal perfidious ambition”.

He made the comment in series of posts on Twitter while announcing his come back to active NDC politics.

Mr Anyidoho explained that he is against the candidature of General Mosquito because he is the “most poisonous and destructive element within the top of NDC.”

Asiedu-Nketiah is the most poisonous and destructive element within the top of the NDC and he shall be exposed and NOT allowed to become National Chairman and Leader of the Party of Jerry John Rawlings.
— Samuel Koku Anyidoho (@KokuAnyidoho) August 28, 2022


The former Deputy General Secretary is convinced General Mosquito is not fit to be NDC National Chairman.


Mr Anyidoho added that though incumbent National Chairman, Samuel Ofosu-Ampofo, has failed, General Mosquito is certainly “not the alternative”.

Article 25 of the NDC'S constitution states that, when we are in opposition and not elected a Flagbearer, the National Chairman doubles as the Leader of the Party. Currently we have no Flagbearer. Ofosu-Ampofo has failed to be Leader but Asiedu-Nketiah is NOT the alternative.
— Samuel Koku Anyidoho (@KokuAnyidoho) August 28, 2022