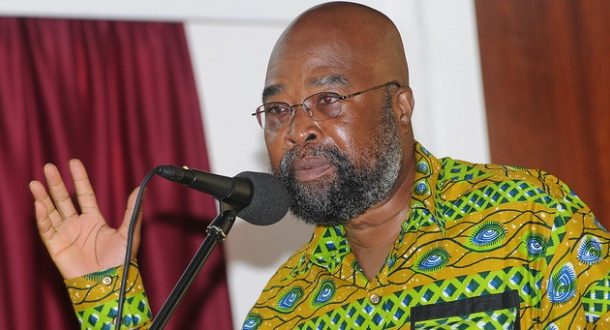 Disqualified presidential nominee for the Great Consolidated Popular Party (GCPP), Henry Herbert Lartey described as ‘petty’, claims by former President Jerry Rawlings that the GCPP’s petition for investigations for fraud is being sponsored by detractors of the Rawlingses.

Mr. Lartey petitioned the Commission on Human Rights and Administrative Justice (CHRAJ) and the Economic and Organized Crime Office (EOCO) to investigate the former president over some $2 million he received from the late Nigerian leader, General Sani Abacha.

Rawlings, who has said that the money was not a bribe but was used in organising an upcoming election.

Rawlings recently called the bluff of Mr Henry Lartey saying he was ready to subject himself to various tests to prove his innocence.

“Why are people worried about the level of integrity we’ve tried to maintain? We say we are Christians; we swear on the bible, Muslims on the Koran; I’d like to invite people like him (Lartey) that we go traditional as well… [Let us] invite the white man’s technology (lie detector) to also come and verify the truthfulness, the integrity of my word. And for him [Henry Herbert Lartey] to be simply asked who paid him to do what he did?,” he said when some queen mothers paid a courtesy call on him earlier this week.

He further alleged that Henry Lartey was being sponsored by some political elements to tarnish his image but at a counter media briefing today [Tuesday], Mr Lartey said his actions were based on his desire for the truth.

He said he had submitted more evidence against Rawlings to CHRAJ and was ready to reveal more damning information about the former President Rawlings and his wife Nana Konadu Agyeman-Rawlings on the matter.

“There is a lot to say about him and his wife, the corruption that has gone on in this country… If he’s got those facts he should come out and tell us who has paid me, my father left me a lot of assets and nobody can pay me to do what he’s claiming,” he said.