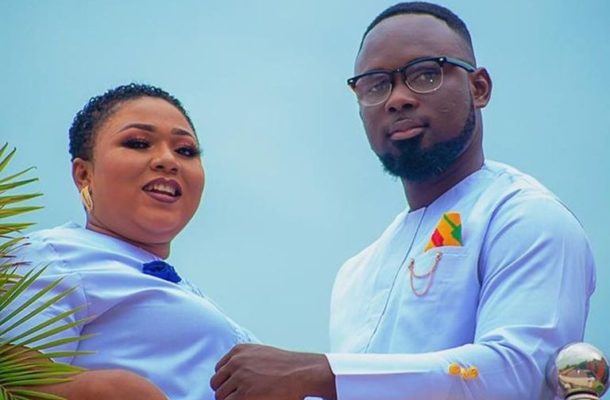 This comes barely two months after his marriage with colleague presenter Xandy Kamel fell on rocks.

Announcing his exit in an Instagram post, King Kaninja said he had worked with the station for over six years and now was the time for him to bow out.

King Kaninja disclosed that he has been blessed with several opportunities following his 6-year-old stint with media outlet.

He extended his appreciation to Dr. Kwuku Oteng - owner of Angel TV as well as the management and staff of the company for the support given him during his stay.

Kaninja also apologized to his colleagues to forgive him if he ever stepped on anyone's toes while he worked with TV station.

He, however, urged Ghanaians to criticize him over something he genuinely did wrong and what they heard about him.

Kaninja was married to his actress and TV personality Xandi Kamel whom he worked with in the media house. Their marriage started experiencing issues last year and eventually collapsed.

Apparently, Kaninja served as the Head of Sports of the station his then wife was the host a celebrity gossip show, ‘Yenom Tea’.

Read his full resignation announcement below:

At this point in time I humbly announce my departure from Angel Broadcasting Network (ABN). Over the past (6) years of working with the institution as a presenter of Angel TV. I've been blessed with several opportunities.

I will like to thank group President and Mentor Dr.Oteng, Madam Akua Amoakowaa, the Executive, Management and the entire staff for their support during my stay. If I wronged anyone during my stay am sorry and ask for forgiveness.

I want people to Judge me by what they saw but not what they Heard. God's timing and plan has always been the best and it's time to move on.

To my cherish audience, thank you for your unending support throughout my 6yr tenure with the station. THANK YOU ABN.........God Bless Us All 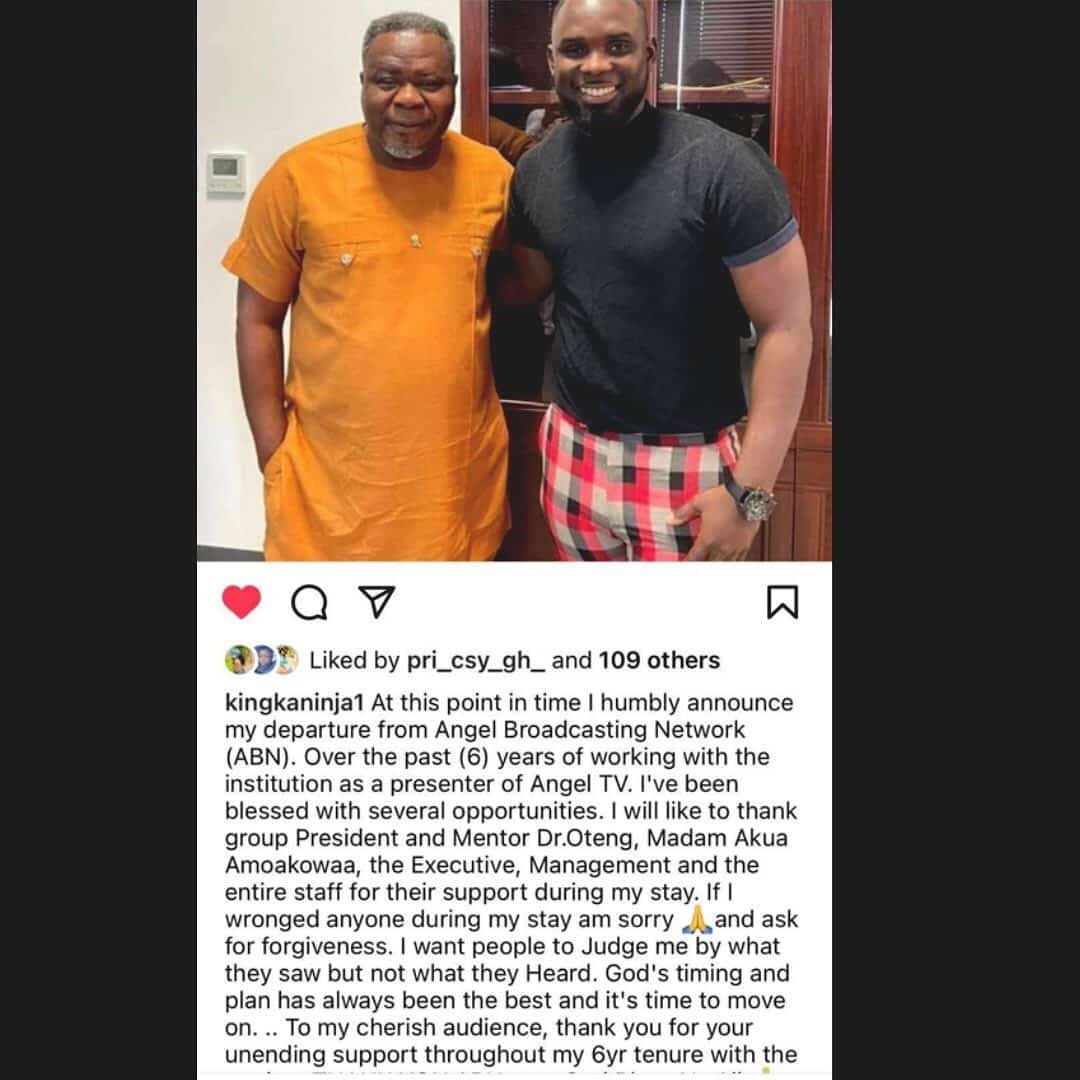