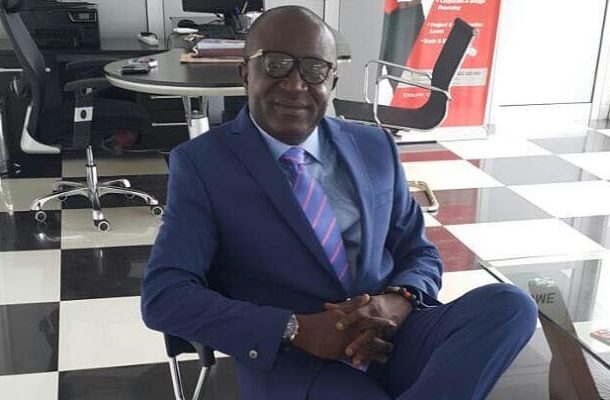 A former Member of Parliament (MP) for Obuasi in the Ashanti Region, Edward Ennin, says he has lost hope in the believe that Ghana will work again.

He explains that before the assumption of power by the New Patriotic Party (NPP), he was optimistic an NPP administration will build on the legacy of former President John Kufuor.

But he says the current state of the country has dashed his hopes for a better Ghana.

He says despite the chunk of resources currently at the country’s disposal, the country is rather degrading.

“I was doubting my friends who were telling me Ghana will not work again. But things that I have seen and how elderly people are lying to protect their interests, I doubt this country will work again.

“I was thinking from where former president Kufuor took us, from HIPC to middle-income status without the support of oil and huge cocoa fortunes, the subsequent administrations including the NPP will build on it, but the current state of the country has dashed my hopes.
I am telling you the truth, I am beginning to lose hope,” he lamented.

Mr Ennin admitted the country is facing hardships and the people are not happy with the NPP administration.

What he says baffles him is that despite the negative economic impact, communicators are still supporting and defending the party on every decision made.

He says it is time the NPP speaks truth to power for the government to realise the ordinary Ghanaian’s plight.

“It is not well and people are not happy with us [NPP]. I am on various platforms and sometimes you see how elderly people defend something they shouldn’t defend at all in the name of protecting their interests.

“So those who cannot voice out because of positions, Ghana will suffer because of that.
You don’t need to defend things you cannot defend. We the party members have to openly tell the government things are not well,” he added.

The former NPP MP for Obuasi, says though he is a Christian, he doesn’t support the idea of building a National Cathedral at a time when the country is facing an economic crisis.