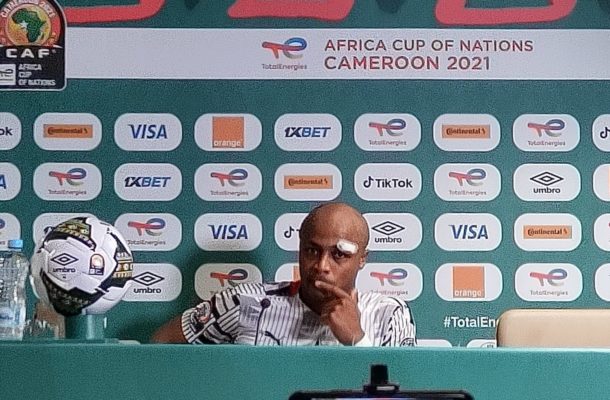 Black Stars skipper, Andre Ayew is disappointed with the way and manner Gabon threw fair play to the dogs and scored their equalizer against Ghana.

Speaking during the post match press conference the Ghana captain explained what resulted in the mass brawl between the two sides which ended up with Benjamin Tetteh being shown a red card.

"We had the ball out , because our man was on the floor ,we expected them to give us back the ball but they went on to score.
I am very disappointed in Gabon" he lamented.

Ghana will play against Comoros in their last group game.