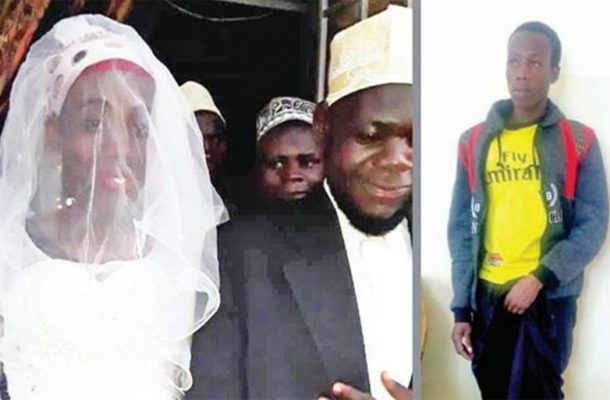 A Ugandan imam, who was arrested after marrying a man in a wedding dress, has been released on bail, according to Daily Monitor newspaper.

Human rights organisations represented the two men in court and filed a bail application which was ruled in their favour.

Activist Stella Nyanzi was present in court and told Daily Monitor the two should not have been arrested.

Sheikh Mohammed Mutumba and his fake bride Richard Tumushabe, whose alias is Swabullah Nabukeera, were ordered to pay 1m Ugandan shillings ($270; £209) as bond.

Sheikh Mutumba married Mr Tumushabe who had pretended to be a woman and dressed in a bridal gown.

Mr Tumushabe’s cover was blown when neighbours accused him of stealing and during a search police discovered he wasn’t a woman.

The imam was arrested and both charged with having with having carnal knowledge with a person against the order of nature.