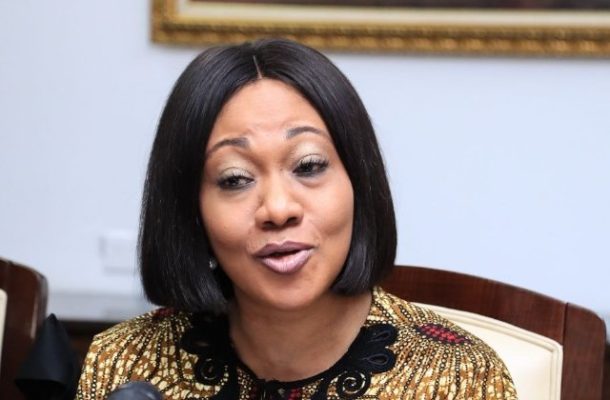 I have seen the usual binary Ghanaian commentary which goes like..' So, what will IMANI do when the EC is able to successfully organise the elections. Wouldn't IMANI be ashamed? '

My response: You miss the point!!! IMANI hasn't said the EC can't organise elections. We are simply contesting the wild financial claims and outright scams the EC has cooked to justify the astronomical expense on the elections. Then, of course, is the issue of their own timelines for registration which conflicts the ones proposed by the winner of their shambolic and rigged tender.  Get that!!!

Just so that it sinks in, here are highlights of IMANI's latest analysis.

a. The EC has blatantly and consistently lied about the true facts of the current biometric system and its ongoing effort to procure a new one.

b. The EC’s claims that it will cost just $56 million to procure a new system whilst the cost of refreshing and maintaining the existing one would cost $74 million are dangerous untruths.

c. A sham tender recently completed by the EC has revealed that the EC plans to spend $72 million on hardware alone. IMANI believes that by the time software and services are added the total costs for technology alone will amount to $85 million.

d. Compared to a limited registration to capture just those not on the voters’ register, a fresh mass registration shall cost $50 million. Refreshing the existing technology at competitive prices will cost just about $15 million.

e. Hence the total loss to Ghana of the EC’s actions amounts to $150 million if one factor in contingency. If the fact that thousands of perfectly good equipment shall be thrown away is also considered, the total loss rises.

f. But the economic cost is not the only thing to be worried about. The EC also bungled the procurement process, leaving a trail of evidence suggesting tender-rigging. This has opened the process to litigation and delay.

g. The EC used one day to disqualify well-qualified bidders, claiming that they had reputational problems, when the vendor it awarded the tender to, after the one day of evaluation, Thales (and its Gemalto unit) has even bigger scandals hanging over its head. In fact, it was once globally blacklisted by the World Bank.

h. The EC’s tender processes were so bad that the Chairman of the technical evaluation panel dissociated himself from the results forcing the EC to discard a 4-month process and compress it into a one-week evaluation.

i. At any rate, the timeframe for negotiating a proper contract; designing better specifications to correct the many things the EC claims are wrong with the existing system; securing procurement approvals; integrating disparate software and hardware systems from different vendors; and deploying and testing the platform cannot be fitted within the
EC’s artificial timeline of April 18th 2020 for the commencement of registration.

j.If the EC goes ahead and throws caution to the wind to maintain the shambolic April 18th timeline, the credibility of the new system shall suffer.

k. The proposed mediation process by Gamey & Co Alternate Dispute Resolution Center is wise and must be considered by all parties.

L. The company on whose behalf the tender was being manipulated is the only one whose score tally doesn’t add up. The EC insists that you must accept that 85 + 13 = 104. Yes, because IT CAN. If you think you know mathematics and so don’t agree, go and burn the sea.

M. But in this our beloved Ghana, some kind of “Stockholm Syndrome” has infected large sections of the population. Many Ghanaians seem to love and cherish the politicians and state actors taking food from their mouths and damaging their future than those who dare to stand up to them.