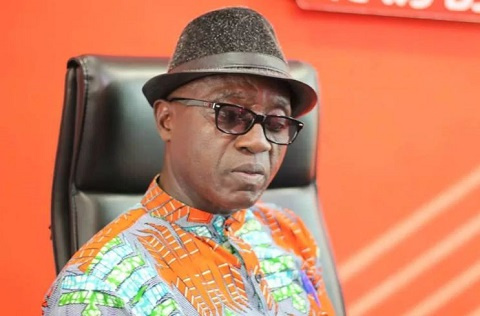 The Ashanti Regional Communications Director for the governing New Patriotic Party (NPP), Mr. Akwasi Kyei has backed the move by President Akufo-Addo to go for a financial program at the International Monetary Fund (IMF) to salvage Ghana's current economic situation.

According to him, there's a "clear difference" between the National Democratic Congress (NDC) and the NPP on why the two parties will seek a bailout from the world's financial institution.

He lamented the poor governance run by the John Mahama-led administration which eventually landed the country in an IMF program for years, paying huge interest to cover same.

Mr. Kyei said unlike the previous government, the Akufo-Addo-led administration has faced incomparable challenges, particularly from the impact of the COVID-19 pandemic and that going to the IMF now was a step in the right way.

"The difference is very clear. The NDC mismanaged the economy from when they took over power in 2009. John Mahama and his people poorly managed our finances until they themselves came out to confirmed it.

"For 5 good years there was no electricity in this country, companies collapsed, artisans and job owners struggled to manage their business because there was insufficient oil for power generation. This brought self-inflicted hardship on the ordinary Ghanaian which eventually led the country for policy credibility at the IMF," said Kwasi Kyei.

"This is not the case for the NPP, imagine the impact of the COVID-19 pandemic. For 1 year, teachers, government workers were being paid for no work done, free water and electricity etc. All these caused the government to spend hugely. So I believe the IMF has facilities available to support us just like other nations that need them," he added.

Ghana has currently commenced formal engagements with the IMF for a bailout to save the country's economic challenges.

A statement dated July 1, 2022, and signed by the Information Minister, Kojo Oppong Nkrumah, explained that Nana Akufo-Addo has authorized the Finance Minister, Mr. Ken Ofori-Atta to begin talks with the world's financial firm for assistance.

This development has generated controversial debates in the country. While some are applauding the government's decision, others have termed it as "a long-overdue reform".