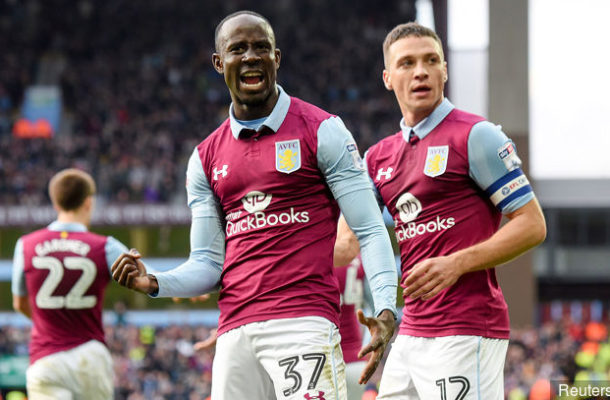 In-form winger Ghana Albert Adomah is eyeing a return to the senior national team, Black Stars after a stellar campaign so far for English Championship side, Aston Villa.

The 30 year old has been out of the national set up since 2015 having previously earned 18 caps for the Stars.

Adomah is currently enjoying the best scoring form in his career, netting 11 times in 20 matches for the Villans this term.

The explosive winger is hoping his rich vein of form will earn him a place back in Kwesi Appiah’s team.

"I was really proud when I got my first call up for my national team, Ghana. I played against Brazil. I think it's every player's dream to play against one of the best teams in the world," he told the club's official Youtube channel

"I had 20 minutes against Brazil and it was great. I remember playing against Ronaldino, Pato, Neymar.  I excahnged jerseys with Pato and Ronaldinho but didn’t keep any of the jerseys instead gave them away to a friend and my brother.

"But if I get called up again, I just have to take my opportunity."