In honour of Alhaji Kamal-Deen Abdulai of NPP fame 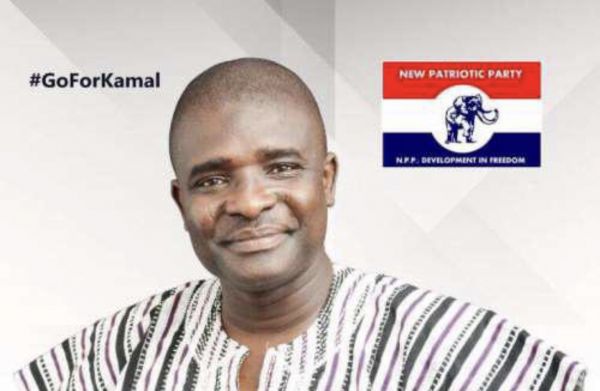 Whereas it is true that the NPP has witnessed some great personalities from the country’s Zongo/Muslim constituency, it is also very true that Alhaji Kamal-Deen Abdulai remains one of the most astounding members of the party to have come from this constituency, which hitherto, had been perceived as the political world bank of the NDC. He more than contributed to changing this narrative especially when he was serving as the National Nasara Coordinator of the party.

In the 2016 elections, Kamal-Deen, as the then Commander-in-Chief of the party’s Muslim and Zongo constituency, led the party’s nationwide mobilization efforts in this special constituency to prosecute an efficient campaign which culminated in the unprecedented votes secured by the NPP in the elections. His efforts also ensured that the party won a lot of the Parliamentary Seats in the ‘Zongo constituencies’ including almighty Madina [the undisputed national headquarters of Zongo].

Kamal-Deen brought in a lot of vitality and intellectuality to the party’s Nasara Wing, and transformed it into a strong force to reckon with in the nation’s political milieu. Owing to his instrumentality, Kamal-Deen was successful in getting the NPP to amend its Constitution to elevate the Nasara Wing into a Special Organ of the Party with all courtesies extended to it.

Kamal-Deen also successfully organized the party’s FIRST EVER NATIONAL NASARA CONFERENCE in 2016, which Conference provided an opportune platform for the party’s Presidential Candidate, Nana Addo Dankwa Akufo-Addo, to outdoor the party’s policy statement for the Zongos and Settler communities in the country.

Not only that, Kamal-Deen expanded the political tentacles of NPP Nasara by setting up Nasara branches in many counties across the globe to take the NPP’s massage to our brothers and sisters living in the diaspora and to get them to contribute their quota to the party’s political fortunes.

Perhaps, even more instructive is to make the point that it was Kamal-Deen, who, upon realizing that the Zongos were far behind in development, and after researching and diagnosing the problem with the support of H.E. Alhaji Dr. Mahamudu Bawumia, proposed the establishment of a Zongo Development Fund to deal with this age-long inequity.

Another novelty introduced by Kamal-Deen which is worth mentioning is the formation of Nasara Communications Team in the various regions across the country to help in disseminating the party’s message of hope to the good people of Zongo in particular and Ghanaians at large.

Lest we forget, during the Paul Afoko-driven turbulent times in the internal politics of the NPP, Kamal-Deen as the then National Nasara Coordinator was one of the persons that stood his grounds and fiercely fought the treachery being visited on the party at the time. This eventually led to the suspension of the National Chairman, National 3rd Vice Chair and the General Secretary, which paved way for the NPP to clinch victory in the 2016 elections.

Many had thought, rightly so, that, in view of the instrumental role he played to secure an emphatic victory for the NPP in 2016, Kamal-Deen’s efforts would be rewarded with a juicy appointment to serve in the government’s first term, but that really never happened. He nonetheless continued and still continues to work his heart out for the party and government.

He went on to serve, and is still serving as a Deputy National Communications Director of the NPP after the 2016 victory, representing the party on radio and television on daily basis with his excellent communications skills. Kamal-Deen indeed never gets tired when it comes rendering services to the NPP, with or without any motivation.

However, now, more than ever, it is widely anticipated that the hardworking Alhaji Kamal-Deen Abdulai, who has consistently demonstrated commitment, dedication and loyalty to the NPP, will have an opportunity to also contribute his vast political experience to the success stories of President Akufo-Addo’s second term. After all, it has always been said that he who laughs last, laughs best.