Iñaki Williams, the last of a long list of international 'signings' 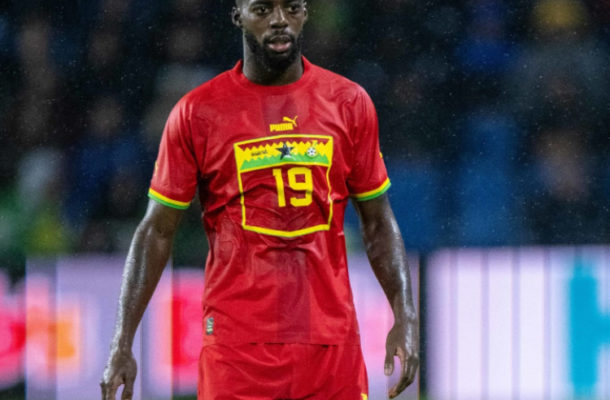 The International break ended recently and it afforded national teams preparing for the 2022 FIFA World Cup in Qatar ample time to prepare with various friendly matches.

Ghana and Spain had the honour of welcoming new additions to their squad as there were Inaki Williams for Ghana and his younger brother Nico Williams playing for Spain.

Aside from them, there were the likes of  Ransford-Yeboah  Konigsdorffer, and Tariq Lamptey all making their debuts for  Ghana after switching nationality in July to play for the West  African country.

Curiously for Inaki Williams it was the second debut he was making for a different country after making his Spain debut in 2016 against  Poland.

Inaki Williams and Nico Williams are children of Ghanaian migrants who were born in Spain and can represent any of these two countries.

If something is normal in the world of football, it is the fact that players constantly change clubs, but now also national teams, something that is becoming more and more frequent due to the relaxation of FIFA regulations.

A clear example of this is the case of the Williams brothers of Athletic Bilbao , born in Spain but of Ghanaian origin. During this weekend, the images of the eldest of the Williams wearing the jersey of the Ghanaian team have been surprising, especially after having seen him debut with the Spanish team in May 2016 against Poland.

However, the fact that the Athletic striker had not played a World Cup representing Spain has allowed him to 'sign' for the national team of his parents' country of birth.

Despite the uniqueness of the case, it is not the first to occur in Spain.

The national team recently 'lost' Munir el Haddadi , a Getafe player born in El Escorial, who made his debut in 2014 with the Spanish team and who was later eligible for Morocco again .

Something similar, but in reverse, happened with Diego Costa , a player who had defended the colors of Brazil in two friendlies, and ended up playing the 2014 World Cup in Brazil with Spain.

But neither were these the pioneers in changing the national team to leave or to join the national team since there are a series of famous historical precedents recorded years before the rules regarding these changes were tightened.

Other players who changed nationality

Many are the names that have been silk-screened on two different national team jerseys in recent times.

One of the most notorious cases -and similar to that of the Williams- is that of the Boateng brothers, since both played in the junior teams of Germany, but only Jerome got to wear the black and white shirt of Germany, because Kevin Prince did not get to play for the 'Mannschaft' and chose to represent Ghana.

Taking advantage of the fact that they did not make their debut with the absolute (although they did in the lower ones), Jermaine Jones (Germany for the United States),  Owen Hargreaves (Wales for England), or Thiago Motta (Brazil for Italy) also changed nations. More recently it was  Emerson Palmieri, Jorginho (Brazil for Italy), Declan Rice and Jack Grealish (Ireland for England) who took advantage of this circumstance.

In the most extreme cases are the players who did make their debut with the senior team of a country and then changed, like Iñaki, among whom are  Denzel Dumfries (Aruba for the Netherlands),  Presnel Kimpembe (RD Congo for France), Dejan Kulusevski (Macedonia for Sweden) or  Arijan Ademi (Croatia for Macedonia).