“Inciting video”: Gov’t should rather give me an award — Akamba fires back 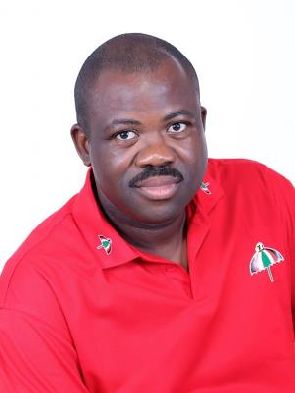 Aspiring National Organizer of the opposition National Democratic Congress (NDC), Joshua Hamidu Akamba has fired back at critics calling for his crucifixion for “inciting” students against Akufo-Addo, President of the Republic of Ghana.

According to him, the Akufo-Addo led government should exonerate rather than condemning him.

The comments come after he [Akamba] “incited” some students of the Tempane Senior High School (SHS) in the Upper East Region against Nana Akufo-Addo over challenges facing the implementation of the free SHS policy.

Speaking on News Night on GhOne TV Saturday, the National Organizer hopeful reiterated there was nothing wrong with him exposing the incompetence of the current administration.

“...I think the government should rather give me an award for exposing them rather than backlashing me here and there”, said Akamba.

But in a related development, the Member of Parliament (MP) for Tempane constituency and Deputy Attorney General, Hon Joseph Dindiol Kpemka has described Mr Akamba's behaviour as “shameful” and “reprehensible”, asking him to apologize to all Ghanaians.

“...Akamba owe Ghana an apology for inciting students to hoot at President Akufo-Addo. This is incredible, I can't believe what he did”, he fumed.

Meanwhile,  Akamba, who was on a tour of the Upper East Region as part of his campaign for the National Organizer position of the NDC has been invited by the Garu Tempane Police CID for questioning.

The headmaster of the Tempane SHS, Dominic Ndegu Amolale has been suspended by the Ghana Education Service (GES).

Ndegu Amolale received his suspension letter Saturday morning with an instruction to handover the management of the school to Upper East Regional GES Director to allow for investigations into the incident.