Injured Ajax midfielder Kudus Mohammed reveals he is getting better 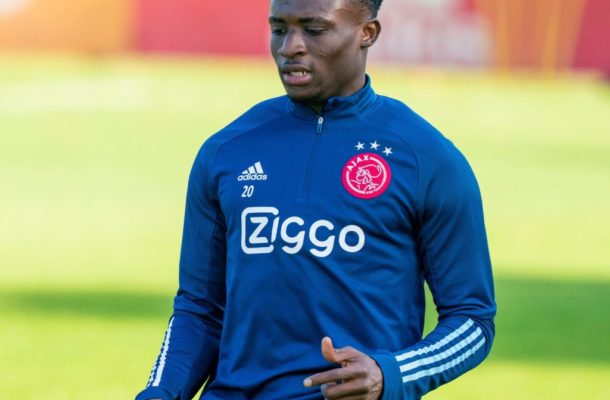 Kudus Mohammed got injured on his Champions League debut against Liverpool and was ruled out of action for about four months.

The Ghanaian prodigy has revealed he is getting better and has assured that he will be back in no time.

He was challenged by Liverpool midfielder Fabinho and he was left on the turf  after injuring his meniscus and out of action for a long time.

Kudus has since undergone surgery to correct the defect and is now going through rehabilitation to get back to fitness.

According to the player, his teammates and staff at Ajax have made it better especially with support from the Black players at Ajax.

The youngster is also grateful to the numerous Ghanaians and football fans who have flooded him with well wishes and get well soon messages.

"I have received nice messages from everyone. I want to thank everyone for those boosts," said Kudus.

The new Ghana star says the left leg is working hard on recovery and that is going well. "It's almost back to normal now. I can do almost everything again, such as driving and walking without crutches. I am doing rehab and it is now back to normal."

Injured Kudus says he watches every game and knows that physically he is not playing but he always supports his team.

"I watch every game. In my mind I am with them, even though I am physically not there. I support them at every game.

"Of course I was new, but my teammates and the staff helped me. The African fellow players made it easy to find my way around," revealing he has settled in the Dutch city.