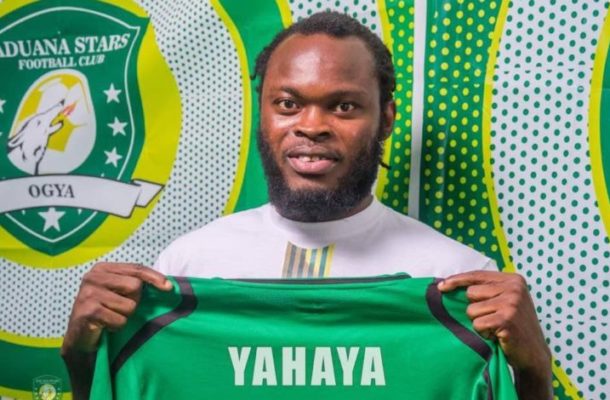 Spokesperson for Aduana Stars, Evans Oppong has rubbished reports that star striker Yahaya Mohammed has gone AWOL or is been given preferential treatment.

He says the player has been handed a sick leave following complications from a shoulder dislocation injury he suffered in their game against King Faisal in the Ghana Premier League.

Speaking in an interview on Kumasi based Gye Nyame FM, the club's Public Relations Officer(PRO), Evans Oppong says that the player is away because of inury.

"Yahaya Mohammed has informed the technical and management team that he has been playing with pain for all this while because of a shoulder dislocation injury so he will need treatment for sometime.

We will seek for medical advice from our medical team on the next step and the mode of treatment for him to bounce back stronger.

He also denied reports that players of the club are up in arms against their head coach Asare Bediako.

"Rumours that players have ganged up against him calling for his head untrue," he said.