Inside the Qatar World Cup resort for footballers, their wives and girlfriends, with accommodations starting at £3,500 per night 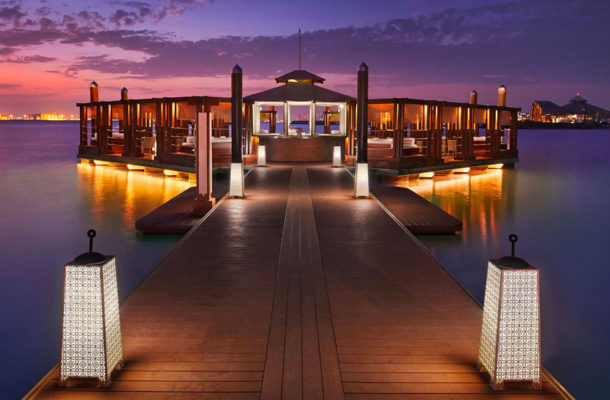 David Beckham will be the face of a new multi-million pound Qatar 2022 tourism campaign, with a trip to the five-star resort 'Banana Island' on the itinerary.

The stunning resort and spa have beautiful 'floating suites' perched on stilts over the sea. They have their own infinity pool and a villa host who will cook dinner and attend to your every need.

And Beckham will be able to unwind on the 'desert island paradise,' so termed because it bends like one of his legendary free kicks.

The retired Manchester United winger who reportedly spent £150 million to promote Qatar, will also be seen riding a motorcycle through the capital Doha.

The campaign will not just promote the World Cup, which begins ticket sales to millions of fans on Tuesday.

It will attract fly travelers who transit through Qatar on the way to global destinations to spend a "stopover" vacation.

Chief operating officer for Qatar Tourism Berthold Trenkel said Beckham was the perfect ambassador for the project because is well known in the world.

"David Beckham is a great story, he is a great guy and he is such a celebrity,"

Berthold added: "The world cup will attract people who have never been to Qatar,"

"We want to reset misconceptions, that it is not safe or it is not fun. We know people will come away thinking 'wow, this is really different,"

"The average person does not have a camel. They live in a nice apartment, in winter you do not need the air conditioning, it is 65C,"

"The footballers are not going to be sweating because of the heat, but because they are running around,"

Berthold argued that many of the LGBT community's concerns were unjustified.

"If you go to Rome and visit the Vatican, you adjust your behaviour accordingly," he said.

"When you travel, you want to experience something new. This is a chance to enjoy what the Middle East has to offer - in Qatar you still see the Arab world, experience the culture,"

"There are about 500,000 Qataris in a 2.8m population, with people from all different parts of the world, India, Syria, Iran, South east Asia, and all of the European nations at the World Cup,"

"I just met three Mexican travel agents, we have people coming from Poland, from China, and we've had a lot of requests from the UK,"

"We will see coaches and their wives, we will have a lot of VIPs and celebrities, they love the over-water villas popular in the Maldives,"