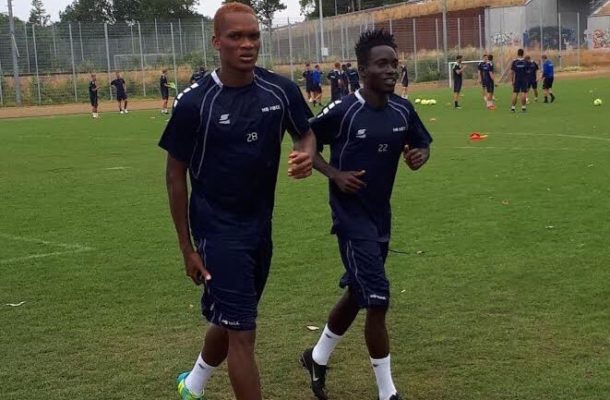 The duo who are on loan to USA’s USL side Penn FC are currently training with the Danish side.

They were flown to Denmark last week where they have had the opportunity to play in series of test games.

Inter Allies entered a partnership agreement with HB Koge where some talented players from the club will be able to switch to HB Køge to continue their development.

Inter Allies FC is just one of many international clubs that HB Køge has partnered with.