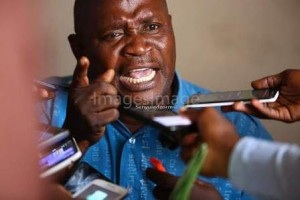 Inter Allies coach Jimmy Cobblah has received the backing of the club's board to stay on after guiding the side to escape relegation.

The Eleven Is To One survived the scare after launching a last surge to avoid tghe drop.

Media reports had claimed the club was considering parting ways with the trainer after their difficult campaign last term.

However, multiple reports have claimed the former Wa All Stars coach has received the backing of the club's top hierarchy to continue his job.