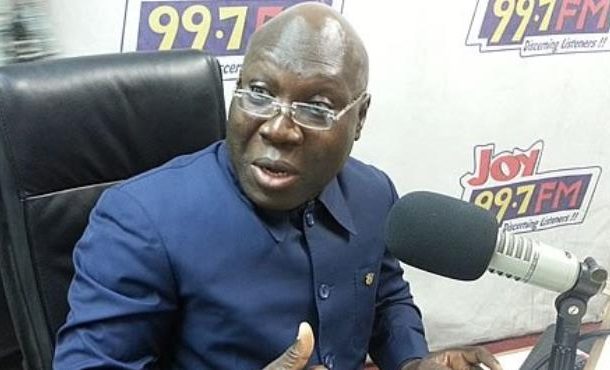 Roads and Highways Minister Alhaji Inusah Fuseini did not pay a pesewa for a performance by Dancehall sensation Shatta Wale at his campaign launch in Tamale, an aide has said.

Hamza Suhuyini says media reports that the Tamale Central Member of Parliament paid the musician a whopping 80,000 cedis ($20,000) for the performance are complete fabrications.

He said Mr. Fuseini is considering legal action against the Daily Guide newspaper after it reported that he paid Shatta Wale GHC80,000 to perform at his campaign launch.

Decrying the publication, Mr. Suhuyini told Joy FM Super Morning Show Monday, a legal team is in a meeting over the 'poor publication'.

According to the newspaper report published Monday, after learning of the claims, furious youths temporarily seized the vehicle of the 54-year old minister who is seeking to retain his Tamale Central seat for the third time.

The youth were reportedly angry that despite worrying unemployment levels, the minister could fork out a hefty amount for the artiste for a few hours' performance.

Responding to the allegations, the minister's spokesperson who also works with the Transport ministry swore Shatta Wale was not 'paid a dime' 'not even a single pesewa'.

Shatta Wale's appearance on stage last Sunday, he said, was down to the minister's 'outstanding' relationship with entertainers. The minister also has enduring friendships with the likes of Bukom Banku, Mr. Beautiful (both of whom have declared their support and are campaigning for President John Mahama) and Obour, MUSIGA President, Hamza Suhuyini revealed.

Explaining further, he revealed that the 'Mahama Paper' hit singer was called in to perform in the last minute after it was realised that some members of the MP's campaign team were also members of the award-winning artiste's management team.

In that case, it was easy to rope in the popular artiste, Hamza continued.

He expressed disappointment that the Daily Guide publication failed to adhere to 'basic journalistic standards' when it published the story without speaking to Shatta Wale or the minister. "These things are easy to cross-check" the spokesperson fumed.

Pointing fingers at the opposition NPP, Hamza urged the public to 'read in between the lines'. He said the NPP and its pro-NPP media has targeted 'hardworking' ministers who are shields around President Mahama's government.

If the NPP is able to bring down these ministers, "it will become easier to attack the president" as the December 7 general elections beckons.