Inusah Fuseini has failed us, we need change - Tamale youth 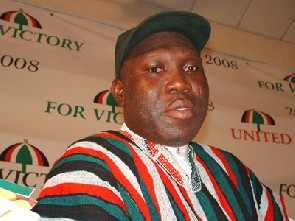 Residents of the Tamale Central constituency in the Northern region have expressed disappointment over the inability of their Member of Parliament Inusah Fuseini to provide them jobs.

According to them, the MP has failed to live up to his campaign promises of providing them jobs and ensuring a secured future for the youth during the 2012 elections.

Majority of the youth including minors in the constituency have become school dropouts and are engaging in 'Sakawa', which is rapidly becoming a legitimate venture in the region.

Some youth who spoke to Starr News’ Eliasu Tanko called for change.

The Tamale central which was formerly known as Gukpegu- Sabonjida constituency is the pivot of all the 31 constituencies in the Northern Region. It constitutes some of the vital installations in the region like the Regional Police Command, VRA- NEDco, the Central mosque among others.