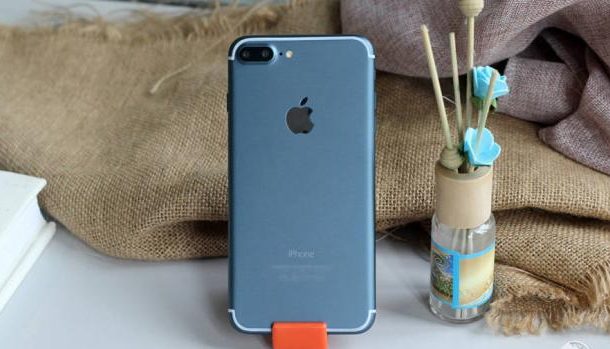 Will the iPhone 8 be "all-glass" or made from Zirconia ceramics?

You may recall, prior to the launch of the iPhone 7, that a certain prominent analyst with a reliable track record, predicted that it wouldn't be a massive overhaul and that the really BIG changes were coming in 2017 for the 10-year anniversary model. That analyst was KGI Securities' Ming-chi Kuo, and he was proven largely correct by the announcement of the iPhone 7; it wasn't a really big deal, but it was decent enough. His predictions for next year's 2017 iPhone being the next big thing have been reiterated elsewhere too, with the major talking points being a brand new re-design fabricated primarily from curved glass (thought it may have some metal frame structure according to some sources), and the adoption of OLED display technology to replace the old IPS LCD Retina setup.

Now another analyst has chimed in, following the iPhone 7 launch, with the theory that the iPhone 8 (if that's what it will be called) could be made from ceramic, specifically Zirconia ceramics, or ZrO2. Writing for Quora, Brian Roemmele explains that as Apple has now used Zirconia ceramic on the Series 2 Apple Watch it is possible the firm will bring it across the the iPhone smartphone brand. The case in favour of Zirconia ceramic is that it's stronger and more scratch resistant than aluminium (or glass), it's more efficient at dissipating heat, and it doesn't interfere with radio signals for things like Wi-Fi, 4G and telecoms - that would mean the antenna bands could be hidden inside, as the body wouldn't disrupt calls or internet connections.

Roemmele also points out that ceramic can be pigmented in a range of colours, and although re-gearing its manufacturing may be a costly thing, actual production versus metal machining may be cheaper. All of this does seem to contradict Kuo's assertion of a glass iPhone design, but one thing to bear in mind is that Zirconia ceramic can be made transparent. Roemmele also highlights that Apple managed to suppress some of its recent patent applications with the USPTO ahead of the iPhone 7 launch, including several that deal with ceramic designs and one in particular filed on August 3 2015 but not published until September 8, dubbed; "Co-molded Ceramic and Polymer Structure". This patent describes a hybrid construction from polymer and ceramic with a similar description to the Series 2 Apple Watch.

"There will be ergonomic curves that will mold into the new AMOLED display being driven by video chips that simply could not have thermally operated in such a small space without heat efficiency of Zirconia Ceramics," said Roemmele.

"The iPhone 8 will not just be water resistant but waterproof and dust proof to a level never seen before on a smartphone. The lightning port will look more like the Mag-Safe system used on the MacBook Pro devices [9] and mostly use inductive charging. Of course, there will be no 3.5mm audio jack.