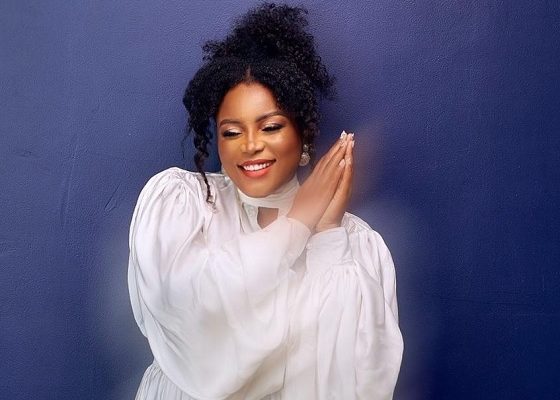 Award winning songstress, Irene Logan who recently switched from secular music to gospel, on Sunday joined some of the country’s staunch gospel acts to perform at this year’s ‘Celebration Of His Grace’ gospel concert in Accra.

The Celebration Of His Grace is an annual event by gospel musician, Bernard Amankwah to worship the greatness of God.

Sunday’s event took place at the National Theatre in Accra and featured spirited performances from gospel acts like Rev. Thomas Yawson, Cwesi Oteng, Carl Clottey and Lizzy Ntiamoah among others.

The event is believed to be Irene Logan’s first gospel concert since her switch to a gospel musician.

Early Monday morning, she shared videos of her performance on Instagram and was thankful to Jesus Christ for how far she has come.

In one of the videos, she performed a song by Nathaniel Bassey, clad in an all-white outfit.

“I have come a long way, taken a lot of turns on long winding roads. Oh! But Grace led me right back to my one true love worship. Thank you Jesus. I love you so much. I am in awe of you. @nathanielblow thank you for this song,” she wrote under the video she shared.

Irene won the maiden edition of the television reality show ‘Starz Of The Future’ in 2006 and subsequently joined Efya to form the group, Irene & Jane. After the group’s split, she released a few hits before taking a break from the scene and a subsequent return.

On Sunday August 29, 2021 she released her first gospel single titled, “More” to announce her switch to gospel music.

That followed reports that she has repented and given her life worshiping Jesus Christ. She has since been living her new life as a child of God.