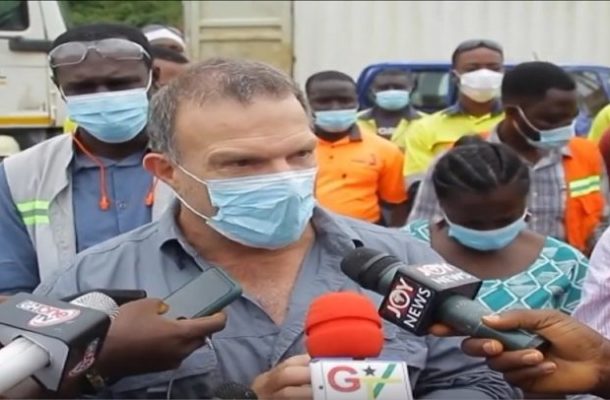 Australian mining firm, IronRidge Resource Limited has hinted that it is likely to secure a permit to begin mining lithium at Ewoyaa near saltpond in the Central Region of Ghana.

The company says it could acquire the permit by close of 2021.

According to IronRidge Resource Limited, it has found significant quantities of Lithium at Ewoyaa.

The Exploration Manager at IronRidge Resources Limited, Iwan Williams, says the company has been prospecting for lithium at the Ewoyaa portfolio for months.

He stated that management of the company was confident something of significant value would emerge from their activities.

According to the Exploration Manager, a scoping study has generated a revenue of $1.5 billion, estimated with 14.5 million tonnes of the lithium deposit in 2019.

The scoping study, he said, was an indication of what could be there, adding that it was not a valid financial statement nor an economic statement, it’s just an indication.

He noted that the issued prospecting permit allows them to collect surface data and information about geology but not mining.

‘’The prospecting will continue indefinitely for the continuation of the licensed period which is another 3 years. We intend to approach the government of Ghana, hopefully this year but its subject to a successful feasibility study’’, he concluded.