Is Jesus still preparing a place for his disciples? 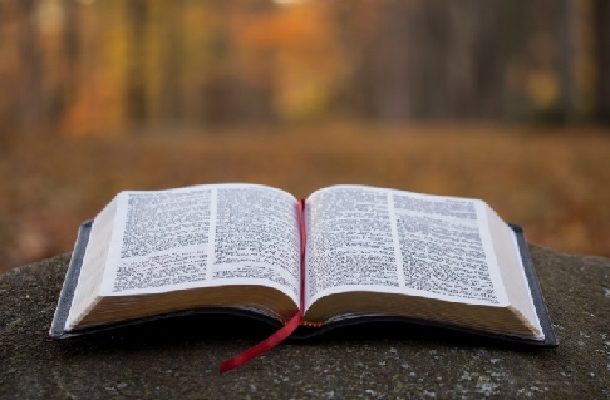 MOST CHRISTIAN leaders have greatly contributed to the growing doubt and unbelief expressed in Jesus Christ by many people of the world. Some ministers of the gospel made the contribution through erroneous interpretation of various passages or verses of the Bible. One of such wrongly taught scriptural verses is John 14:1-3 which reads:

What does the biblical passage above try to say? Does it denote or speak about Jesus going to prepare accommodations in heaven for His followers? Does it also talk about Christ’s second coming to judge the world and take the church to heaven for their eternal dwelling?

Many teachers of the Bible including theologians have, over the decades, explained this passage of Scripture in relation to the questions above. But that is erroneous interpretation of the passage. To ensure its proper comprehension, we need to first be assisted by the Holy Spirit and read it contextually. In fact, we must begin the reading from John chapter 13 in order to see the audience our Lord was speaking to.

Moreover, we must read the whole of chapter 14. Reading from John chapter 13, we see that the Lord Jesus Christ was not speaking to all the people who were following Him, but only the 12 disciples who were later appointed and placed in the ministry office as Apostles. Now, let’s read the passage again with greater emphasis on the words capitalised:

“Let not your hearts be troubled. Believe in God; believe also in me. In my FATHER’S HOUSE are MANY ROOMS. If it were not so, would I have told you that I go to prepare A PLACE for you? And if I go and prepare a place for you, I WILL COME AGAIN and will TAKE YOU TO MYSELF, that WHERE I AM you may be also. And you know the way to where I am going.”

A careful Spirit-inspired study of this scriptural passage reveals something different from the meaning many have often taught it. Jesus begins in the later part of John chapter 13 by telling His disciples about His death and departure to the Father. He, then, comes to chapter 14, where He comforts them that their hearts should not be troubled as He would be arrested, beaten, flogged, spat upon, humiliated, killed and eventually leave them on earth.

Jesus then tells them to exercise faith in the Father and in Him. He, thereafter, tells them about His Father’s house and the many rooms in it. Other versions of the Bible use “mansions” for rooms. But the use of the word “mansions” should be considered carefully in context. How can mansions be in a house? A mansion itself is a large house usually owned by a rich person. I believe the appropriate term to use is room instead of mansion.
So, now, God has a house and there are many rooms in it. But then we must also ask ourselves, what is the Father’s house, and what are the rooms in it? Christ certainly was not referring to a house in heaven in which the saints would go and dwell in as it has widely been taught. Remember that Jesus Christ often spoke figuratively.

Thus, figuratively, the Father’s house our Lord talks about refers to the CHURCH of God. Several verses of Scripture confirm this truth. Let us look at a few examples. “But if I am delayed, I write so that you may know how you ought to conduct yourself in the HOUSE OF GOD, the pillar and ground of the truth (1 Timothy 3: 15)

“But Christ as a Son over His own HOUSE, whose house we are if we hold fast the confidence and the rejoicing of the hope firm to the end” (Hebrews 3: 6). “And having a High Priest over the HOUSE OF GOD…” Hebrews 10: 21-22).

As clearly shown, the house of God simply refers to the church of God. Considering these passages of the Bible, therefore, it is absurd to explain John 14:1-3 as meaning that Christ Jesus was going to prepare a place in heaven for His disciples as if heaven needed some reconstruction or refurbishment. Did God have uncompleted building projects or non-existing dwelling places for His elect in heaven while Jesus was on earth in the flesh?

And was Jesus returning to heaven to complete those unfinished building projects or create new dwelling places? Even if that was the case, how many years would Christ spend in preparing the place? Are over 2000 years not enough for Christ to finish preparing the place and return to take His Church? These are some of the critical questions unbelievers ask to ridicule Christ, the Bible and His Church based on this erroneous teaching.

Have we forgotten what Jesus Christ stated elsewhere concerning the eternal abode for those who would believe in Him? He stated clearly that the place where believers would go to spend eternity was prepared from the foundation of the world. Let us read some passages of Scripture to prove this.

“Before him will be gathered all the nations, and he will separate people one from another as a shepherd separates the sheep from the goats. And he will place the sheep on his right, but the goats on the left. Then the King will say to those on his right, ‘Come, you who are blessed by my Father, inherit the kingdom prepared for you from the foundation of the world” (Matthew 25: 32-34).

“But as it is, they desire a better country, that is, a heavenly one. Therefore God is not ashamed to be called their God, for he has prepared for them a city” (Hebrews 11:16).